Sonny Le, previously featured in his piece about his journey from Viet Nam and 25 Hawkins Road, now shares his feelings, thoughts about being a Vietnamese far from Viet Nam during Tết, the Vietnamese lunar new year.  His reflections center on the song “Xuân Này Con Không Về,” which Sonny calls the song of millions of Vietnamese.  Read, listen, watch.

The above, my 1st for YouTube, is meant for my family in Viet Nam, who now finally has high-speed internet access at home, but hopefully you, especially overseas Vietnamese, can also appreciate it.

With the exception of the New Year’s pictures, which came from Wikipedia, all other pictures are mine, taken mostly in the early 1990s and scanned in. I decided to put this together because, for whatever reason, not being able to “go home” for New Year’s this year hit me quite hard. When seeing writer Chris Galvin Nguyen’s tweet about soaking rice for making bánh chưng, it made me realize how much these New Year’s rituals I still sorely missed. Thanks, Chris.

This song was written in the early 1960s by the Trịnh-Lâm-Ngân song-writing trio. Over the years many have sung this song, but only Duy Khánh has truly made this his own. For millions of Vietnamese away from home, this is our song. Though it was written, and sung, from the point of view of a young soldier at the front longing to come home for New Year’s, the song has become the anthem for those of us, because of circumstances beyond our control, are forced to be thousands of miles away from our loved ones.

The 20th Century wasn’t so kind to the people of Viet Nam; in addition to the devastating war, families were broken up not once, but twice, first in 1954 and then in 1975.

When Viet Nam was partitioned into two halves in 1954, it did not just divide the country but also divided thousands of families. Over one million moved to what-now became Southern Viet Nam from the north, and about 200,000 moved in the opposite direction.

And in 1975, once again the Vietnamese people are forced to leave behind their loved ones, marking the biggest exodus from just one country in the 20th Century. All told close to 2 million Vietnamese refugees, escaping mainly by boats or on land through Cambodia, resettled outside Viet Nam.

The Vietnamese people have been scattered to all four corners of the world. Lunar New Year, or Tết, is the biggest celebration and family reunion event of the year. It’s Thanksgiving, Christmas, and New Year’s all rolled into one. Being able to go home for this occasion would be a dream come true for those of us who have not been home for it. The hand-to-mouth existence in the developed countries is such that when you have money, you have no time; or when you have time, no money. 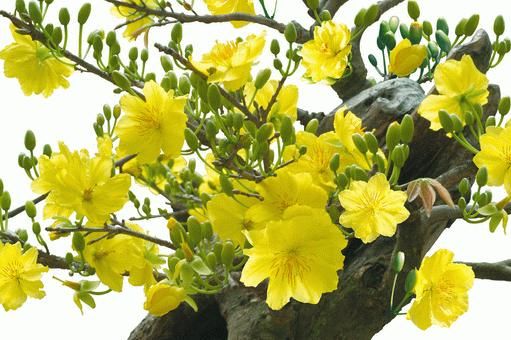 Please take the time to rate this post (above) and share it (below). Ratings for top posts are listed on the sidebar. Sharing (on email, Facebook, etc.) helps spread the word about diaCRITICS. And join the conversation and leave a comment! How did you celebrate Tết? Do you celebrate with family? Or are you in the same situation as Sonny, with family back in Viet Nam?