diaCRITICS occasionally features guest blogs and reprints. Here is a review of Bao Phi’s debut poetry collection, “Sông I Sing”, by Jane. Y. Kim at Hyphen Magazine.  Bao Phi’s exceptional work comes up again and again on diaCRITICS and his name is now synonymous with sharp words and cool lines.  Pick up a copy! 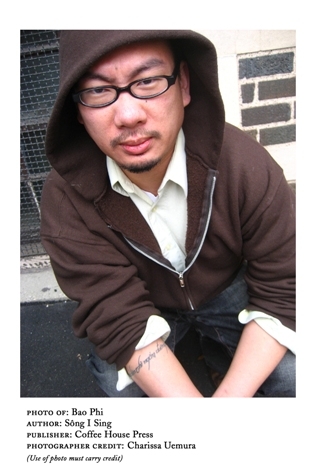 There is a certain catalyzing style that comes of utter fearlessness, and the poet Bao Phi has cornered it with his debut poetry collection, Sông I Sing.

Phi culls his lyric stories from news headlines and from the street, calling attention to the injustices that make it into the papers, and to those that don’t. He reopens wounds caused by racism and its equally lethal counterpart, complacency, and then examines them with a touch that is as robust as it is reflective. The poems in Sông I Sing unite beauty of phrase with intent of message, and the intimate exchange between the two is stirring. That Phi is an accomplished spoken word artist makes this feat no less impressive. 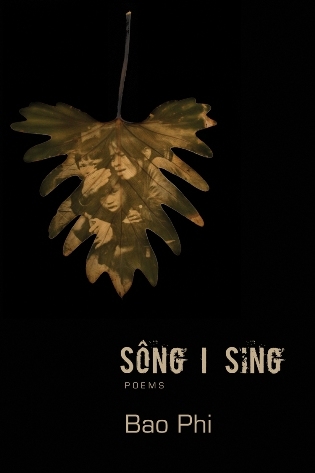 He is fiery and tender by turns. In “Dear Senator McCain,” he berates John McCain for his blanket comment, “I hate the gooks” (“Senator / what’s the difference / between an Asian / and a gook / to you”), while “Nguyễn in the Promised Land” is more pensive in tone, a superb document of the American dream and the shopkeeper who pursues it. An immigrant everywoman who sends her daughter to college on “the dimes spun in this store” and sells her customers lottery tickets “fat with long promises / just beneath her reach,” she is a reminder of how honorable but also how cruel that dream can be. ­

Repeating the words of racial antagonism — “They called us gook, chink, blanket ass, spic, nigger, coon — / (and what was really sad is, we called each other that, too)” — Phi ensures that the effects of these slurs don’t calcify, foregoing any soothing treatment of them in order to keep the cuts and bruises fresh. There’s no room for slippery excuses, either: the “we didn’t mean it” contingent faces his scorn in equal proportion in “No Offense,” where the reiteration of the titular phrase becomes the limp mantra for those who do harm even as they say they intend none.

Phi’s words are tempered in a fire that turns them sharp-edged, adamantine, and as they ping around your head, they will seem harsh and accusatory at times. In turning these pages, you may even stop and think, how much doggedness is enough? But readers should press onward and allow the ferociousness of Phi’s poetry to do its work. In the manifesto-like “Yellowbrown Babies for the Revolution,” Phi writes of having to “make our own music / because none of these songs have ever been for us,” and it’s clear that in some sense he is speaking of himself — of the language and rhythm and energy that he generates from his material, for his people. “This is to know what it is like,” he continues, with the weary gravity of the seasoned leader, “to have to fight / to love ourselves.” It’s a charge from poet to listening audience (because these poems come alive when read aloud) to reject any complicity in the cover-up that this is not a battlefield.

It may seem trite to call a poet a warrior. It may edge too close to that over-used adage, “The pen is mightier than the sword.” But in the case of Bao Phi, with his wrestling words and his implacable convictions, this appellation would be true.

Jane Y. Kim is a journalist and fiction writer who lives in Brooklyn. She works at Kaya Press. This post originally appeared at Hyphen Magazine.

Please take the time to rate this post (above) and share it (below). Ratings for top posts are listed on the sidebar. Sharing (on email, Facebook, etc.) helps spread the word about diaCRITICS. And join the conversation and leave a comment! Have you read “Sông I Sing”? What did you think?