Khanh Ho is a featured columnist interested in documenting all things forgotten:  the mental dust bunnies underneath the bookshelf of the mind.  This essay is part of a series that explores the author’s religious background in the context of a larger conversation about spirituality—cultural, institutional, personal– in the diaspora.

The body of Christ came at a steeply reduced price from the Weber’s Bread Outlet–a cinder block shack that stood next to the train tracks, the municipal auto impound and the Bally’s gym. No doubt, the many loaves that went into the making of His body each Sunday morning represented an irresistible deal, especially when taken in quantity. And this most probably would have appealed to my fellow Mormons: a plain, homespun people who still clung hard to the frugality of their pioneer heritage.

I often catch folks off guard—I can stop a conversation in its tracks–when I let fall, quite casually, that I was raised up a Mormon. “And technically, I still am one,” I’ll add gratuitously, stringing along whomever has been ensnared in my verbiage with a riddle only a Latter Day Saint can un-entwine (hint: many Mormons are still counted on the church rolls, even if they no longer consider themselves part of the religion). Most think I’m making some kind of attempt at a joke—yanking their chain. I can’t say I begrudge them this feeling. Neither can I say that I am much hurt by their disbelief. To be fair, if you trotted me out into a room full of strangers and played “spot the Mormon” (a game that, coincidentally, all Mormons, as a self-styled minority group, love), those who are uninitiated would be hard-pressed to lay bets on someone with my lips, my nose, my eyes. After all, I certainly don’t bear any resemblance to the stereotypical vision of the Mormon—the caricature you might see in that Tony Award Winning Musical The Book of Mormon, Elder Price: fair-haired and blue-eyed and earnestly white. 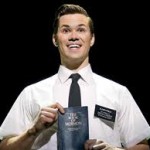 I’m Vietnamese, for one.

But despite this strike against me, I can truthfully say I spent much of my early years in the black slacks and white shirt that are the uniform of all Mormon males. Moreover, I can boast that I, at one time, was a member of the priesthood (this is evidence that will only impress a non-Mormon; all Mormons know that males ascend to the priesthood). To further press the point, I might point out that, like most of my brethren, I spent a goodly portion of my youth showering enthusiastic attention on the exact part of my hair, which remained always neat, cultivated, with the help of a plastic Ace comb that lived in holy matrimony with my wallet, leaving the indentation of its teeth, like a hickey, on the leather (this admission will go a long way towards bringing around a skeptical Mormon for whom the centerpiece of a good life resides in the righteousness of constant, fastidious grooming). 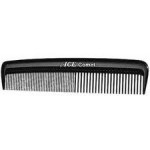 Like all Mormons, I tithed. I had a favorite hymn, which involves choreographed foot stomping. I spent an extraordinary amount of time in church. I belonged to an LDS Boy Scout troop. In addition to the Holy Bible, I studied the Book of Mormon and The Pearl of Great Price, those other sacred texts, with a red pencil. I have cheered for the BYU Cougars, even when it meant eventually getting de-pantsed after they creamed the local, favorite UCLA Bruins. And on Sundays, when the congregation passed the mirrored, convex tray heaped with the body of Christ, it felt right to me that our elders—wise and learned, thrifty and pious—had the inspiration to source the substrate that would become His flesh at such a fantastic rate from that forlorn little Weber’s Outlet. Just as it seemed right that no end pieces were used in the making of the body of Christ. Just as it was proper that there was never any evidence of even the tiniest speck of crust. And like all my fellow Mormons, I shared this singular conviction without ever feeling the need of discussion, dilation or amplification: that the body of Christ–fluffy and vitamin-enriched and preternaturally white—was perfect in a way that is only possible and could only be made possible, through the providence of bleach.

How many out in the blogosphere ended up in American soil through the aid of religious organizations?  In what way were you helped? How did it change your life?