Do you want to support the arts?  Do you think international cinema is the hallmark of global citizenship? Then this event might just be for you:  an announcement for the Inauguration of Cycle 84–a hub of Cinema in Paris, brought to you by Liem Binh Luong Nguyen and Ly Lan Dill.

[Do you enjoy reading diaCRITICS? Then please consider subscribing and DONATING!  See the options to the above right]

The Inauguration of Cycle 84  will be held on Saturday, January 26th at 2:00 p.m. at the Cinéma la Clef (34 rue Daubenton, Paris 5th) and will feature a Nguyen Trinh Thi Retrospective. 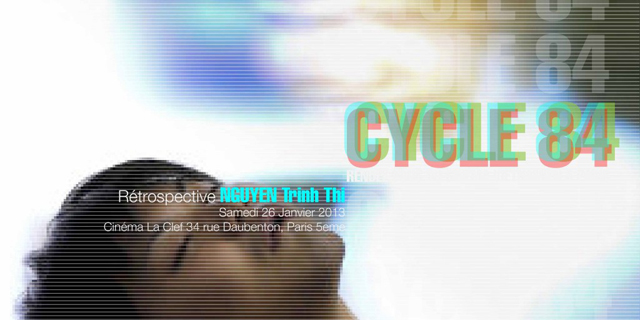 Cycle 84 is a hub for Vietnamese cinema in Paris. It was created to help the Parisian public discover a selection of Vietnamese films that answer the question “How to film Vietnam?” Cycle 84’s 2013 programming highlights independent documentary cinema; probably the youngest, most dynamic, and most specialized form of cinema on the national horizon. This first session is dedicated to the work of Nguyên Trinh Thi, one of the pioneers of Viêt Nam’s independent cinema. 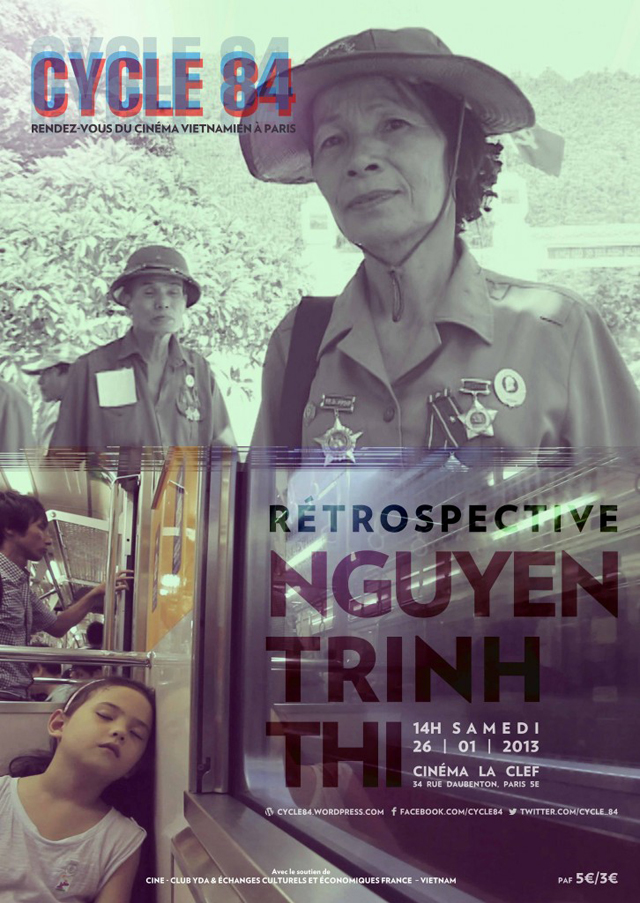 Bio: In Vietnam, Nguyen Trinh Thi is a pioneering independent documentary filmmaker. She is notably the founder and director of the Hanoi DocLab, a training center for documentary and independent, experimental films established at the Goethe-Institute. She is also the most notable video artist on Viêt Nam’s contemporary art scene. She plays an important role the country’s cinema; with works projected in international festivals and exhibitions. After studying journalism and photography at the University of Iowa; and international studies and ethnographic film at University of California, San Diego, she decided to return to Vietnam to pursue a career as an independent filmmaker at a time when this concept was still foreign and filmmaking was very difficult due to censorship.

Trinh Thi is interested in History, the Truth, in taboo subjects. She gives voice to marginalized people in society, to those who have suffered trauma in the past. She is a filmmaker who dares to question the country’s history, one that differs from the reconstruction produced by propaganda. Trinh Thi leads searches not only for reality, but is also for images. In her quest, she is constantly experimenting with new structures, formal tests on her creative path. She goes from the live-movie (Love man love woman) to found-footage thumbnail (Song to the front), from experimental documentary (Chronicle of a Tape Recorded Over) to video installations (Unsubtitled, Que faire).

At the core of her work, a progressive exploration of her personal vision, Nguyen Trinh Thi pays attention to gestural details, to the expressive faces of people who expose themselves and emerge out of the backdrop of a chaotic world. Her gaze is silent, anxious, humanist.

NGUYEN TRINH THI RETROSPECTIVE Program   > LOVE MAN LOVE WOMAN Documentary, 2007, 52 ‘, subtitled in English and French Through Master Lưu Ngọc Đức, one of the most prominent spirit mediums in Hanoi, and his vibrant community, the film explores how effeminate and gay men in homophobic Vietnam have traditionally found community and expression in the country’s popular Mother Goddess Religion, Đạo Mẫu. 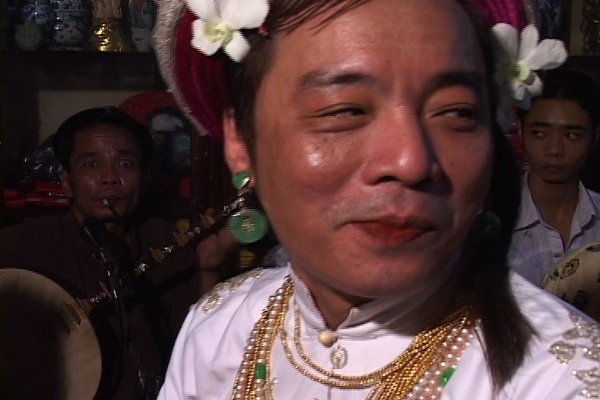 > CHRONICLE OF A TAPE RECORDED OVER Experimental documentary film, 2010, 25 ‘, subtitled in French and English The filmmaker travels along the Ho Chi Minh Trail, where the U.S. military dumped millions of tons of bombs and toxic agents and where tens of thousands of Vietnamese lost their lives. She chronicles her journey, assembling fragments of history, memories related by villagers are interspersed with images of their current lives, the past blends with the present, reality dissolves into fiction.

> SONG TO THE FRONT Experimental film, 2011, 5 ‘ Based on the film ‘Bài ca ra trận’ (‘Song to the Front’) directed by Tran Dac in 1973 for Vietnam Feature Film Studio. Nguyen Trinh Thi has re-edited these images to produce a unique experience in the reinterpretation of images.

> JO HA KY U Experimental film, 2012, 11 ‘ The essential concept of narrative structure in traditional Japanese temporal arts, Jo-Ha-Kyû, is loosely interpreted against the filmmaker’s subjective experience of Tokyo shortly after the 2011 Japanese earthquake. Jo Ha Kyu film is a very loose interpretation of this structure. It is a personal experience of the director in Tokyo soon after the earthquake of 2011. It is a poem about the conflict and co-existence of the concrete and abstract worlds, between objective observances and subjective experience, documentary and fiction.

> INTERVIEW WITH NGUYEN TRINH THI To inaugurate Cycle 84 and the opening session dedicated to her on January 26, 2013, Nguyen Trinh Thi sent a video from Hà Nội to share her film career.

Ly Lan Dill was born in Viet Nam, grew up in the US, and is now a Paris-based translator.

Please take the time to rate this post (above) and share it (below). Ratings for top posts are listed on the sidebar. Sharing (on email, Facebook, etc.) helps spread the word about diaCRITICS. And join the conversation and leave a comment!  Do you think Viet Nam has contributed to the development of an international cinematic culture?