In this review of The Headmaster’s Wager, a first novel by Vincent Lam, Vinh Nguyen finds sociohistorical and cultural value in the rare portrayal of a diasporic Chinese character in wartime Vietnam. 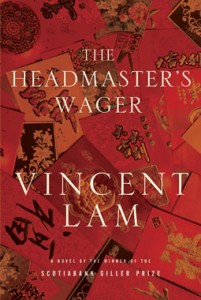 Don’t read it expecting a masterpiece that, according to John Barber of Canada’s The Globe and Mail, captures the “near-native feel” of the wartime milieu and develops a “fully realized Asian perspective” of the war in Vietnam. Orientalist and essentializing assumptions aside, Barber’s assessment of the novel still seems like a vast inflation to me. I often felt underwhelmed or frustrated with many aspects of the novel – the mediocre plot construction, the weak character development, and flat writing style, among others.

A good friend of mine, who loved the novel, pointed out that, whatever else, the book is important for its focus on a Sino-Vietnamese character, or, a diasporic Chinese character in Vietnam, and how he is ambivalently positioned. And she is absolutely correct. The novel sheds light on a significant minority group of Vietnam that has been historically, and at times simultaneously, both advantaged and marginalized. The history of the Chinese in Vietnam is long and vexed, involving colonial occupation and long-standing social, political, and cultural tensions. In the postwar years, many of these people were forced from the country and constituted a large segment of the Indochinese refugee population. Born and raised in Canada, Lam identifies as being from this “expatriate Chinese community of Vietnam,” and his novel mines family history for both inspiration and raw material.

The Headmaster’s Wager is Lam’s first novel, and sophomore effort, following the massive critical and commercial success of his debut collection of short stories Bloodletting and Miraculous Cures, which won the Scotiabank Giller Prize (2006), Canada’s highest-paying and high profile literary award. In the collection, which revolves around the interconnected lives of a group of young doctors, Percival Chen – the protagonist of the novel – makes his first appearance as an ailing old man living in Brisbane. Sketched out in the story “A Long Migration” is Chen’s journey to Vietnam from Guangdong, his gambling and womanizing ways, and his position as a headmaster in an English language school in Saigon. 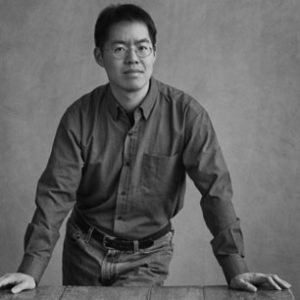 Picking up from this initial portrait, the novel expands Percival Chen’s story and fills in the details of his life. Besides two fragments of memory that bookend the narrative, The Headmaster’s Wager is told chronologically in the third person omniscient voice from Chen’s perspective. We begin with Chen’s cocoon in Cho Lon (Saigon’s Chinatown, once a separate city), where he oversees his English academy and builds a metaphorical wall to guard against assimilation. The novel, in a way, attempts to chronicle the breakdown of such a life and perspective. Against the backdrop of war, Chen is unable to maintain his rigid Chinese patriotism as he sees his son get into serious trouble with the authorities, falls in love with a mixed-race Vietnamese woman, and learns more about the political machinations of his enigmatic right-hand man. As much as he tries to keep the war happening around him at bay, it finds its way into his closely drawn circle – he becomes entangled in several keys events of the war, including the Tet Offensive, the self-immolation of Buddhist monks, and the Fall of Saigon.

Lam paints his protagonist as an apolitical businessman, concerned only with turning a profit and maintaining his ethnic and cultural purity. As such, Percival Chen is not a likable character, verging on stereotypes and clichés. Yet, it is this unfavorable characterization that makes for an interesting read. While Chen’s stock-like quality does not invite empathy, what ends up happening to him does provoke thoughts on race, Chinese-Vietnamese relations, and the place of the Sino-Vietnamese in Vietnamese (diasporic) society.

It is unfortunate, however, that Chen is not the only character who seems stereotypical – Lam brings back to life a version of the tired “Miss Saigon” narrative in the book – and thus the novel feels weighed down by the many (dominant) discourses that surround Vietnam and the War. But, as I mentioned earlier, The Headmaster’s Wager deserves a reading, because as a text it asks us to think more deeply about what “Vietnam” and “Vietnamese” means.

Vinh Nguyen is a PhD Candidate in English and Cultural Studies at McMaster University. He lives in Toronto, Canada.

Please take the time to rate this post (above) and share it (below). Ratings for top posts are listed on the sidebar. Sharing (on email, Facebook, etc.) helps spread the word about diaCRITICS. Join the conversation and leave a comment! Have you read The Headmaster’s Wager or Bloodletting and Miraculous Cures or seen the Canadian TV mini-series based on Lam’s short stories? How do these works provoke you to think about “race, Chinese-Vietnamese relations, and the place of the Sino-Vietnamese in Vietnamese (diasporic) society,” in reviewer Nguyen’s words?