The Vietnamese in Germany (Part 1 of 2)

The largest population of Vietnamese people overseas is the United States with the biggest communities in Southern California and Texas. What about Vietnamese immigrant and overseas communities elsewhere? in Europe? in Germany?  Siehe unten für die deutsche Fassung. Here in the first of a two-part series, Kien Nghi Ha brings to light the experience of the Vietnamese refugees and immigrants in Germany, during and after the Cold War. Special to this post, the photographs are taken from the series “Foreign home: Vietnamese Life Berlin” by Kiên Hoàng Lê. 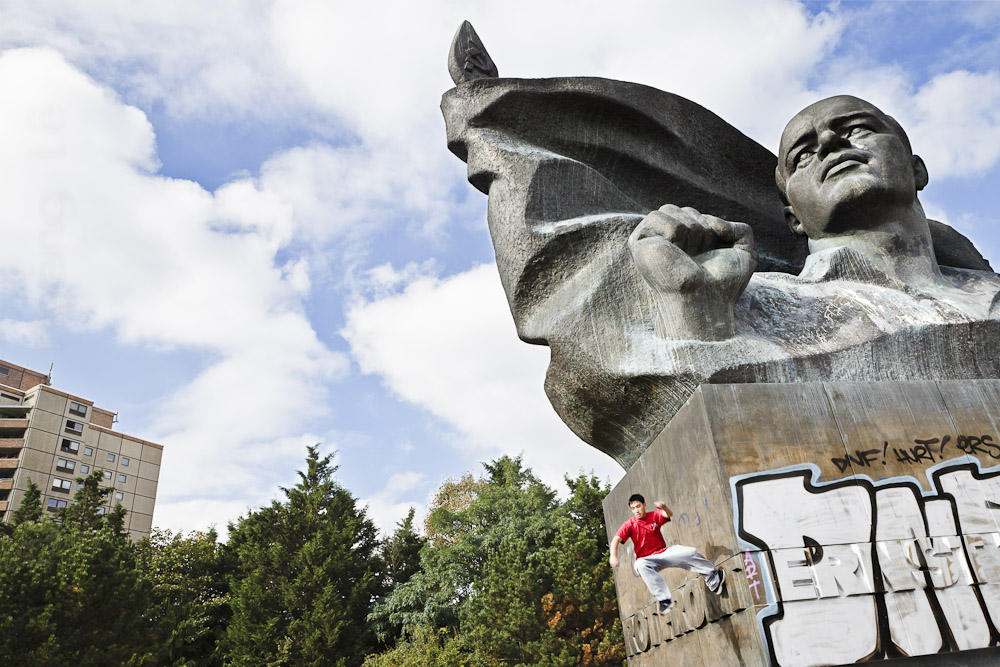 Between Borders – the Vietnamese Diaspora in Berlin

This article, translated by Darell Wilkens, was first published in Jewish Museum Berlin Journal. No. 7, 2012, S. 63-66. Please see the original publication for further information and related sources. The article in German follows the English translation. Read the whole JMB-issue on “diversity.” Special to this post, the photographs are taken from the series “Foreign home: Vietnamese Life Berlin” by Kiên Hoàng Lê.

The way that German society perceives Vietnam, as well as the Vietnamese living in Germany, has changed over the years. Existing images have evolved, while others slowly lost significance and have been replaced by new images influenced by the spirit of the times, current social and international developments. While in the 1960s and 1970s, public opinion in Germany was dominated by the Vietnam War, the focus shifted at the end of the 1970s with the arrival of the first Vietnamese “boat people” in West Germany. What had previously seemed so far away now had an unexpected immediacy and human impact.

This was partly due to the extremely successful publicity campaign launched by the aid organization Cap Anamur, which was founded in 1979 by the journalist couple Christel and Rupert Neudeck. Due to the support of numerous prominent patrons and media firms, the German public was mobilized in a great wave of sympathy. Even opinion leaders known to be in political opposition, such as Heinrich Böll and the Axel-Springer company, joined together in order to advocate aid for Vietnamese refugees plagued by hunger, thirst, storms, and pirates. This is all the more surprising because public debate in West Germany at the time was dominated by the “Asylum Panic” in response to the increased number of asylum seekers from Latin America, Iran and other regions.

One explanation for this paradox may be that a traditional hostility to communism and the assumed helplessness of harmless-looking Asians in need outweighed the racist fear of being inundated by foreigners, especially as the socio-cultural impact seemed to be containable with the help of regular immigration quotas for these refugees. Among the 40,000 refugees who immigrated to Germany between 1978 and 1985 was my Chinese-Vietnamese family, who landed in Berlin-Tegel on a Lufthansa charter plane on August 24, 1979. 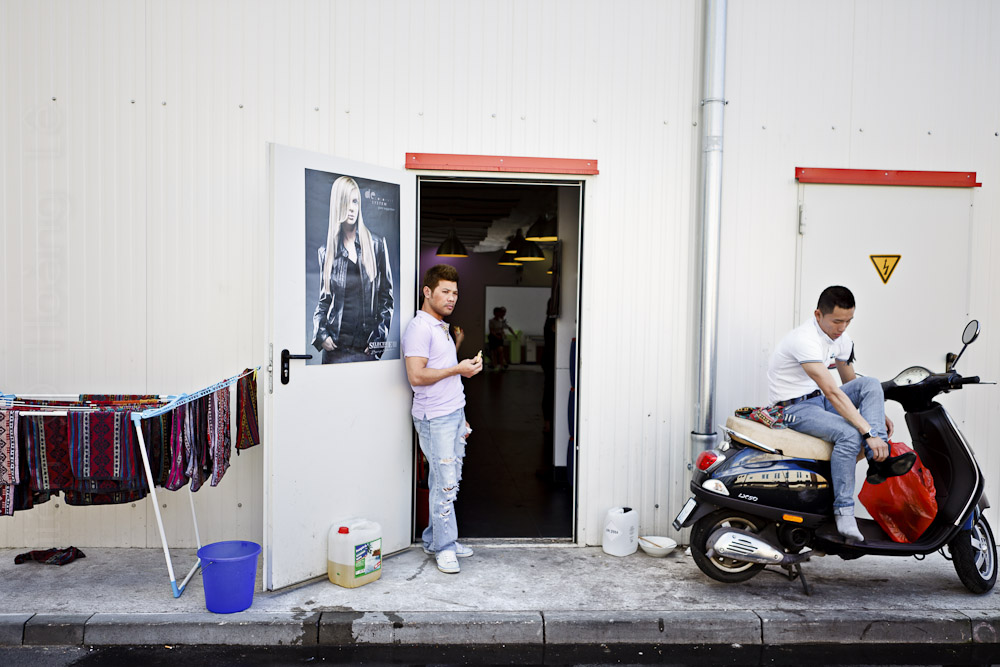 On the other side of the Berlin Wall, there were around 100,000 Vietnamese citizens. Some of these were students, but most were contracted workers who had come to the German Democratic Republic (GDR, East Germany) as a result of the bilateral Recruitment Treaty. Like the earlier “guest workers” in West Germany, they were subject to many kinds of state discrimination and could not live normal daily lives as full citizens. As was the case in West Germany, the GDR devised a labor-immigration policy that was limited to a specified contract term, and generally prohibited the subsequent immigration of Vietnamese family members as well as German-Vietnamese marriages. Vietnamese women who became pregnant in the GDR were forced to decide between abortion and repatriation. 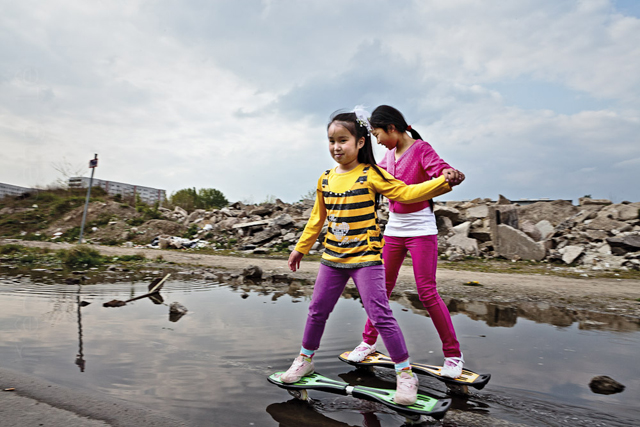 German Reunification may have removed the internal border, but in many ways the personal, cultural, and ideological distance between East and West remained. This was just as true for many Vietnamese immigrants as it was for Germans. The difficulty of achieving equal living conditions and mutual understanding across cultures and former borders was reflected in the estrangement felt between the various Vietnamese communities in Germany, which had historically different experiences not only in a divided Germany, but also during the colonial period and in a divided Vietnam. Members of these communities had often fought on opposite sides during the Vietnam War, and had experienced reunification in the Socialist Republic of Vietnam as either victors or vanquished.

Moreover, significant linguistic and cultural differences came into play, depending on which of the various regions of Vietnam – North, Central or South – the immigrants came from. The isolation felt between persons of Vietnamese descent was further exacerbated by divergent immigration experiences, with the result that many Vietnamese in the West felt they had more in common with their white German fellow citizens than with the Vietnamese communities in former East Germany. This insecurity was aggravated by media debates and everyday racism, which almost automatically associated Vietnamese looking people with the “cigarette mafia,” “illegal immigration” and other criminal images.

The pogrom in Rostock-Lichtenhagen 20 years ago and police brutality against Vietnamese immigrants further reinforced their stigmatization. In their daily lives, they often experienced exclusion and victimization rather than solidarity. While many German-Vietnamese in West Germany already possessed full residency and civil rights when the Wall fell, their counterparts in East Germany desperately struggled for survival in the privatized and ethnically divided labor market, constantly threatened by social insecurity and deportation. To avoid unemployment and in order to meet the strict requirements of the Immigration Law, many Vietnamese have opted to become self-employed, often under precarious conditions.

The processes of alienation and gradual rapprochement experienced by German-Vietnamese communities could (and can) be followed particularly well in the condensed space of Berlin. While first-generation immigrants have changed continuously over the course of their immigration and integration process into Germany, we can expect an even more remarkable phase of re-orientation from the second generation. 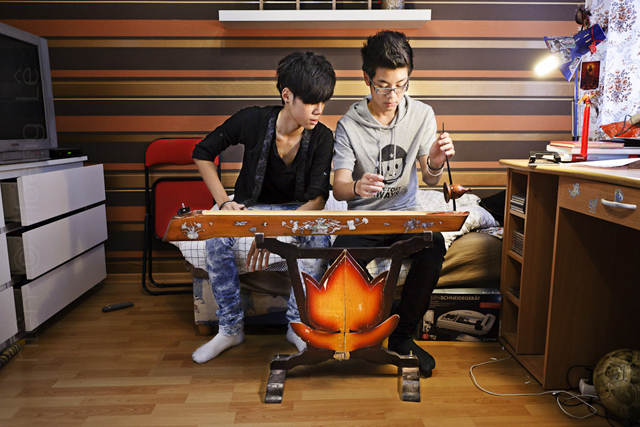 Look for Part 2 of “The Vietnamese in Germany” on Thursday.

Kien Nghi Ha, Fellow of the Institute for Postcolonial and Transcultural Studies at the University of Bremen and an executive board member of the Asian German network korientation, holds a Ph.D. in Cultural Studies and a Diploma in Political Sciences. His research interests focus on postcolonial criticism, racism, migration and Asian Diasporic Studies. He has curated several programmes on the Vietnamese-German Diaspora at the Berlin Hebbel am Ufer-Theatre (2010), the House of World Cultures (Berlin) during the Asia-Pacific Week 2011, and for the German Federal Agency for Civic Education (2012). His lastest monograph „Unrein und vermischt. Postkoloniale Grenzgänge durch die Kulturgeschichte der Hybridität und der kolonialen »Rassenbastarde« (transcript 2010) was awarded with the Augsburger Science Prize for Intercultural Studies 2011. He is also author of other widely acknowledged books including “Ethnizität und Migration Reloaded” (Westfälisches Dampfboot 1999/WVB 2004) and “Hype um Hybridität” (transcript 2005). He is also editor of “Asiatische Deutsche. Vietnamesische Diaspora and Beyond” (Assoziation A, 2012) and “re/visionen. Postkoloniale Perspektiven von People of Color auf Rassismus, Kulturpolitik und Widerstand in Deutschland” (Unrast, 2007).

Kiên Hoàng Lê is a Berlin-based photojournalist whose origins are Vietnamese. His photographic work is focusing on documentary and journalistic photography. Kiên was born in Hanoi – Northern Vietnam – , grew up in Bogensee – East Germany – and has lived in the UK, India and Australia. Since 2009 he is a freelance photographer working in the field of editorial, corporate and nongovernmental; while also pursuing his studies in Photography at the University of Applied Sciences Hannover. Since April 2012, he is an intern with the German Newspaper Frankfurter Allgemeine Zeitung. The photographs are taken from the series “Foreign home–Vietnamese Life Berlin.” More information at: http://hoangle.de/.

Please take the time to rate this post (above) and share it (below). Ratings for top posts are listed on the sidebar. Sharing (on email, Facebook, etc.) helps spread the word about diaCRITICS. Join the conversation and leave a comment! Is this your first encounter with the Vietnamese in Germany? What are your thoughts about East/West Germany and its Northern/Southern Vietnamese refugees and immigrants?