A Review of Andrew Lam’s Birds of Paradise Lost 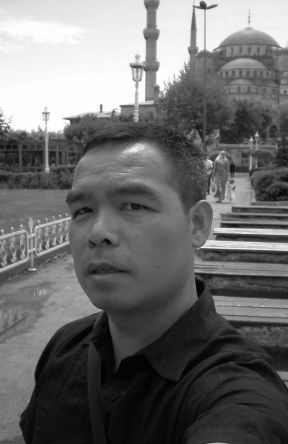 Some of you might be familiar with Andrew Lam’s previous work “Perfume Dreams: Reflections of the Vietnamese Diaspora” and “East Eats West: Writing in Two Hemispheres”. In his new book, Birds of Paradise Lost, Lam challenges the expectations of the “immigrant story” in a compilation of thirteen stories of immigrants who fled Vietnam to start a new life in the San Francisco Bay Area. Eric Nguyen reviews Lam’s book.

In the title story of Andrew Lam’s fiction debut, Birds of Paradise Lost, a group of elderly Viet Kieu men mourn the death of their friend, a local newspaper owner who burned himself in protest of communists “who ruined [his] country” and the US government’s own inactivity towards the “human rights violations in Vietnam.” The man is proclaimed a hero and soon after, his friends promise the sacrificial suicide will not go in vain. “Brother Bac,” says Thang, an old professor, giving a toast to his departed friend. “Don’t be surprised if I follow your footsteps. We’ll show the Americans, not to mention the younger generation, what old men are capable of.” At this proclamation, his son walks in, furious that his father would follow such an illogical course of action. “To live fighting for something is different than to die in its name, especially when it’s uncalled for,” his son writes in a letter to the editor the next day. Later, his son drives him home and they argue about overseas activism. At the end of the story, Thang jumps out of his son’s car and walks aimlessly down the streets of San Jose, asking himself if he could ever possibly sacrifice his life here in the USA for the freedom of people in another country that is longer his.

In a way, the title story represents the tension in much of the stories in Birds of Paradise Lost. What does Vietnam mean, now that it is so far away? What is the meaning of America, this new home? The answer is never simple in these stories that chronicle the lives of those who are haunted by their past, yet are thrown into new lives. Thang speaks to his friends, “drawing inspiration from the old days when still lecturing in Saigon on Vietnamese history.” This is a striking contrast to his activism in the States, where he dons “black pajamas” and “[sits] inside a flimsy bamboo cage on Lion Plaza…demonstrating against Hanoi’s unjustifiable arrests of clergymen and dissidents back home” as “shoppers walked by…and children giggled as they stared at the sight.” Lam’s stories are about memory and what happens to these memories once one is removed from their place of origin.

His stories not only touch on older generations, but also the younger ones as well, giving readers a diverse cast of characters ranging from old professors to middle-age gay men to teenagers who have adopted the slang of their new urban neighborhood. In “Show & Tell” a recently immigrated 7th grader returns to school. The students are malicious and they bully him: “I hear they eat dogs over there is that true?” says one classmate. “They eat bugs and snakes for lunch,” proclaims another, all of which is made worse by the fact that the student is mute in his new country, unable to say anything except a heavily accented “no undohsten.” At the climax of the story, the boy breaks down and elaborates on his own journey through chalkboard drawings—how he escaped, how his father was left behind, and how he remains haunted. It’s a moment of great empathy that gives voice to an otherwise voiceless figure of the immigrant.

What is refreshing about Lam’s work is that it defies expectations of “immigrant story.” Expectantly, there is intense grief associated with the loss of one’s homeland as well as the challenges of assimilation and survival. In “Hunger” a single father struggles to carve out a place for himself and his daughter in Section 8 housing, while attempting to come to terms with the death of his wife at sea. In “Step Up and Whistle,” the narrator’s uncle finds himself in trouble for re-living the past in a museum and is taken into police custody, yet there is also a good measure of humor, irony, and strangeness. In “Love Leather,” a leather smith daydreams about his old business in Vietnam and plans to build a new one as he works in a S&M sex store in San Francisco. To grow his business, he decides to go to the infamous Folsom Street Fair, an annual public BDSM gathering that highlights San Francisco’s Leather Pride Week. In “Bright Clouds Over the Mekong,” a Vietnamese widow finds the American veteran who killed her husband and plots his revenge through prescription drugs and poisonous “black grass.” She eventually falls for the man and struggles to continue her plan. Lam’s stories are fresh in their mixture of humor and tragedy. They teeter between the possible and improbable. By doing so, Lam recasts the immigrant narrative with a feeling of both uncertainty and surrealism—for what is more surreal than leaving your country by boat and then starting a new life in a formerly allied nation? In the most surreal story, “Grandma’s Tales,” Lam takes a page from Saunders and revives a dead matriarch: “I lost everything I owned when I left my beautiful country behind,” she says before leaving her grandchildren for a date with a famous novelist, “But now I have a second chance.”

Indeed, Birds of Paradise Lost is about second chances and the mixed success of starting over. In “Sister” a wealthy real estate agent tries her best to escape her personal history. After telling a client she’s Vietnamese, she instantly regrets it. “Why hadn’t she said she was Chinese?” Yet a nightmare involving her escape by boat begins to resurface and she soon finds herself involuntarily dialing the number of her old house in Vietnam. “How difficult is it to let the past go?” the narrator asks. Lam’s stories are poignant and powerful in the chronicling of not only Vietnamese Americans, but of human frailty and strength as well.

Eric Nguyen is a writer from Maryland. He has a degree in sociology from the University of Maryland along with a certificate in LGBT Studies. He is currently an MFA candidate at McNeese State University and lives in Louisiana.

Andrew Lam is the author of Perfume Dreams: Reflections on the Vietnamese Diaspora, which won the 2006 PEN Open Book Award, and East Eats West: Writing in Two Hemispheres. Lam is an editor and cofounder of New American Media, an association of over two thousand ethnic media outlets in America. He was a regular commentator on NPR’s All Things Considered for many years, and was the subject of a 2004 PBS documentary called My Journey Home. His essays have appeared in newspapers and magazines such as The New York Times, The LA Times, the San Francisco Chronicle, The Baltimore Sun, The Atlanta Journal, the Chicago Tribune, Mother Jones, and The Nation, among many others. His short stories have been widely taught and anthologized. Birds of Paradise Lost is his first story collection. He lives in San Francisco.

Please take the time to rate this post (above) and share it (below). Ratings for top posts are listed on the sidebar. Sharing (on email, Facebook, etc.) helps spread the word about diaCRITICS. And join the conversation and leave a comment! Have you read Birds of Paradise Lost yet? What do you think of Lam’s portrayal of the “immigrant story”? Tell us! We want to know!