At Home with Truong Tran

Sheree Whiteley from Conscioustyle– a lifestyle blog- shares with us a glimpse into Truong Tran’s living space, which he calls his “biggest art project” as he incorporates found furnishings into his home.

Have you subscribed to diaCRITICS yet? Subscribe and win prizes! Read more details

Truong Tran views the home as a landscape – a living, breathing space. “It changes with how we evolve, and landscapes do that. Everything that I put in or hang in my house is a response to living here and navigating through the space,” Tran explained. 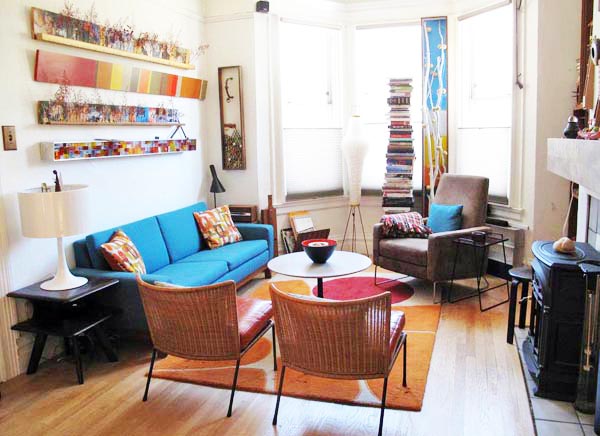 Tran says he wasn’t supposed to be an artist. “When you grow up in a working-class family, you don’t always feel like you have permission to do something as frivolous as art,” the poet, writing teacher and visual artist explained over coffee in the living room of his home on the corner of Haight and Ashbury Streets. “Then it occurred to me that whether writing a poem or constructing a book or making an art piece, it’s really all the same. They’re all just ways of thinking.”

Along with an impressive resume boasting numerous visual art exhibitions, art auction donations and multimedia exhibits, Tran’s home serves as proof that he’s earned the once seemingly allusive title of “artist”. The walls disappear behind his creations, which employ unusual materials varying from wishbones to pornography his former neighbor tossed out in an attempt to “clean up his life.” 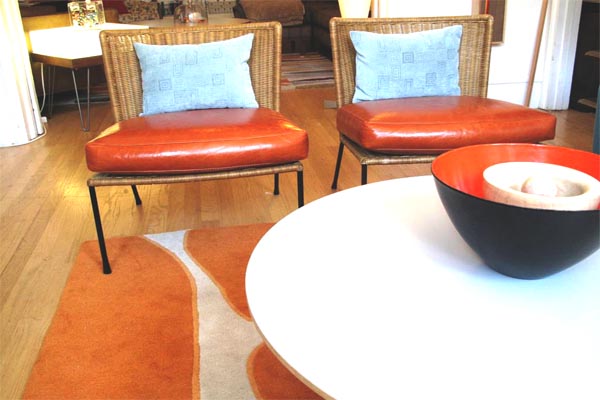 While his work can be described as innovative, it’s also nothing new: Tran uses the things people throw away. He finds most of his materials on the streets of San Francisco during his frequent city walks and at Bayshore district creative haven Scrap.

“I don’t feel like I need to have something fabricated or made to create art anymore.… There’s so much we could tap into that I don’t feel we need to create that to make art. It’s there already,” Tran said, holding piano keys he’d fastened together and remarking on their architectural beauty. 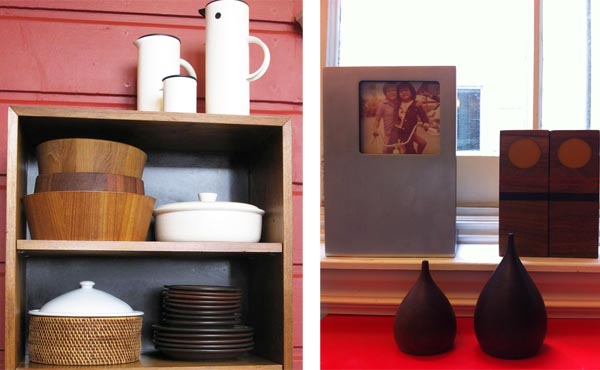 “I’m trying to see what people are throwing away,” Tran said, “I’m really interested in reclaiming the discarded and I feel like that’s part of my mission as an artist, to take something that was discarded and find a way to give it new life, and push it into the conversation of fine arts.”

There are a number of ideas embedded in Tran’s work, including forcing disparate objects together, making the explicit inexplicit and exploring the idea of containers. He points out that he doesn’t sculpt, draw or paint in any “learned sense,” and instead employs processes that he calls more “utilitarian,” such as cutting paper and carpentry. He also mentions that the way objects are seen has a lot to do with them being regarded as art. “It’s how I look at them, frame them and reintroduce them into our consciousness that forces the conversation of fine arts,” Tran said. 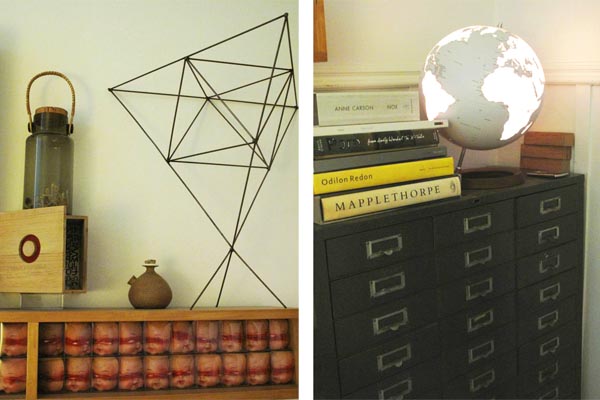 Creating art out of discarded items isn’t confined to the work that Tran rotates on the walls of his home. The Victorian he’s inhabited since 2003 is filled with found furnishings; a mid-century chair in his living room was originally a rejected thrift store donation left on a loading dock, which Tran had reupholstered in a print he described as “feminine” and “grandmotherly.” Like everything in the artist’s abode, it has a backstory. After discovering the chair’s manufacturing label, Tran found that it came from Breuners in San Jose, less than a mile from his childhood home, and cost $34.99 when it was manufactured in 1954.

“That made it for me,” Tran said. “At some point I realized that I didn’t want anything new in my house. To bring old items into your home makes the place much more  lived-in.” 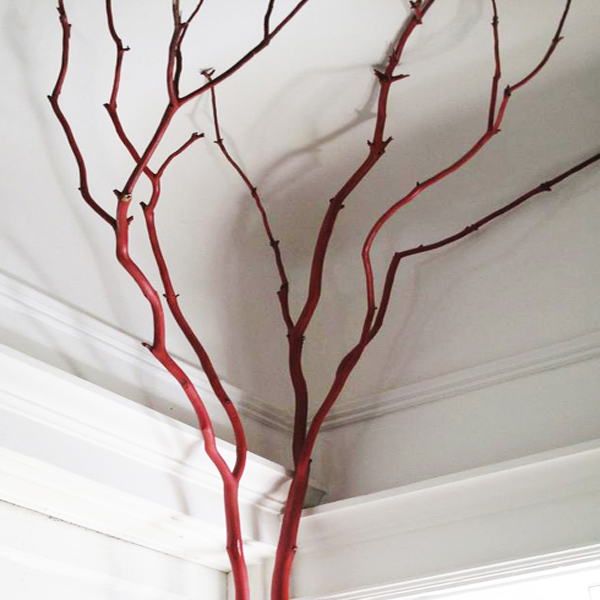 The artist’s home is nothing if not lived-in. After painting the once pink-and-black walls white upon moving in, Tran’s years in his home have been spent covering every inch of those walls with his work, selecting furniture with a history and, overall, creating a space that’s both visually arresting and personal. 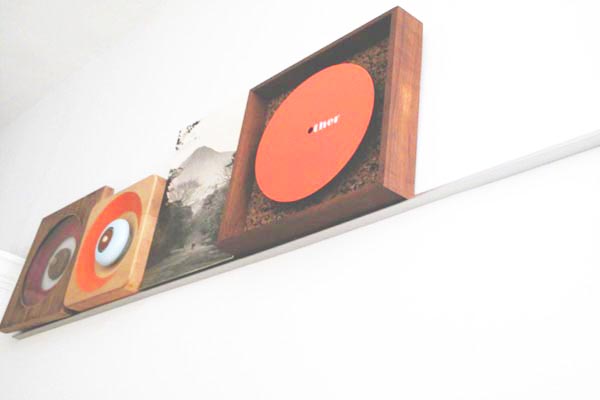 “This is my biggest art project,” Tran said of his house, which serves as a backdrop for meeting with friends, display space for his work and, until May 2013, a place for his students to host readings. “Everything you see in here is a frame or a container, and the biggest container is the house. It’s kind of a living art project.”

Truong Tran is a Vietnamese-American poet, visual artist, and teacher. His collection dust and consciousness won the San Francisco Poetry Center Book Prize, and in 2003, he served as Writer in Residence for Intersection for the Arts.

Sheree Whiteley is a writer, copy editor and general word nerd living in San Francisco. She comes from an alt-weekly newspaper background and finds the greatest joy in translating experiences into words. Sheree is excited to be a contributor to conscioustyle and looks forward to telling the stories of interesting people, places and things. More of her work can be found at readsheree.com.

Please take the time to rate this post (above) and share it (below). Ratings for top posts are listed on the sidebar. Sharing (on email, Facebook, etc.) helps spread the word about diaCRITICS. And join the conversation and leave a comment! What do you think about Truong Tran’s living space? What do you think about his approach to using found items in his work? Tell us! We want to know!

Through this podcast, I wanted to break “banh mi” with fellow AAPI folks in Chicago and beyond to share their own experiences connecting to their AAPI roots, the work that they are doing to empower their community, their family, and themselves.
Read more
Literature

I was conscious that the readership would be much broader and unfamiliar with the historical and political context against which much of Cabramatta’s gangs emerged, became Australia’s heroin capital and infamously led to Australia’s first political assassination.
Read more