In the Diaspora: October 2013 Update

What happened in October 2013: news and events relating to Vietnamese at home and in the diaspora.

• A Vietnamese Americans anthropologist investigates the myth about gay people in Vietnamese culture and history.

• The Vietnamese Community Association in Perth, Australia, unveiled a monument commemorating refugees who died after the end of the Vietnam (American) War.

• The demand for foreign-grown marijuana in Vietnam involves the Vietnamese diaspora in North America.

• The authoritarian government in Vietnam is attempting to stomp out religious worship by ethnic minorities. 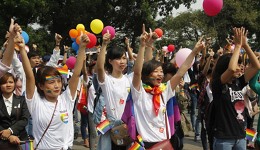 • Vietnamese authorities continue to suppress religious practice throughout the country. 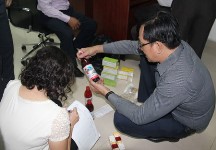 •Seven Chinese charlatans were found practicing as doctors at a clinic in HCMC.

• Another boy in central Vietnam is killed by UXO.

• As the coffee harvest starts, coffee buyers are paying a lower premium.

• Increased air travel in Vietnam “is growing by double digits.”

• A new device helps bicyclists with their daily work commute.

• Green Berets commander who was involved in a scandal during the Vietnam (American) War dies.

• An international study on Alzheimer’s disease has identified 11 new genes that may help understand the causes of the disease.