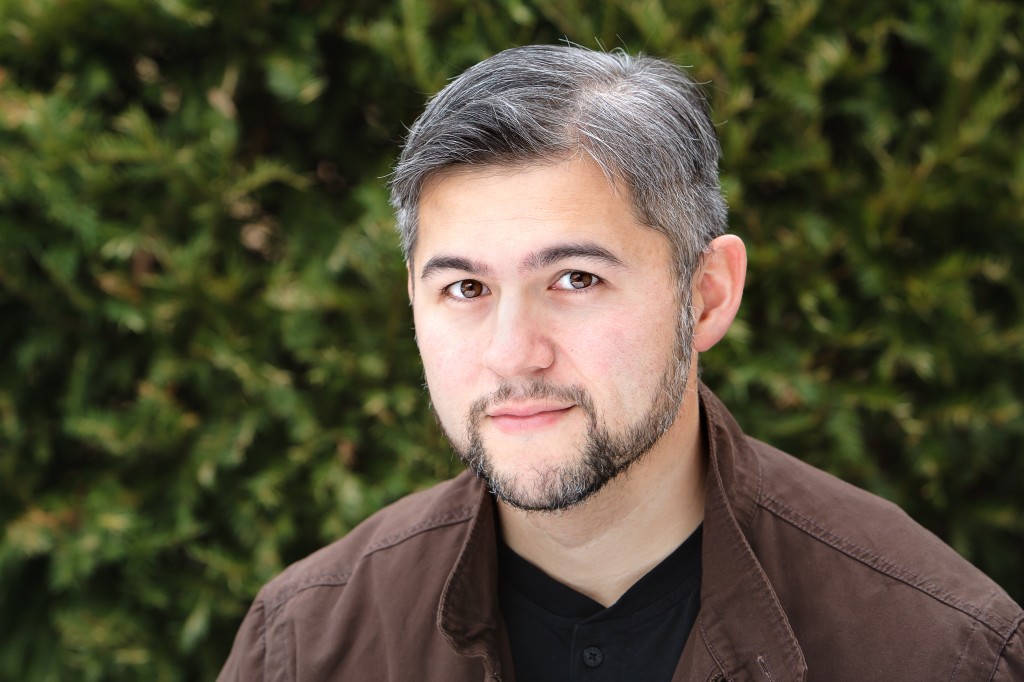 Our next featured writer is Phong Nguyen, the author of two story collections, Pages from the Textbook of Alternate History (just released by Queen’s Ferry Press in 2014) and Memory Sickness and Other Stories, winner of the 2010 Elixir Fiction Award. He is editor of Pleiades and director of Pleiades Press, for which he edited the volume Nancy Hale: On the Life and Work of a Lost American Master. His own work has appeared in more than 40 national literary journals, including Iowa Review, Agni, North American Review, and Massachusetts Review. He currently teaches fiction-writing at the University of Central Missouri in Warrensburg, Missouri, where he lives with his wife, the artist Sarah Nguyen, and their three children.

Notably, Phong Nguyen is also the semi-finalist for this year’s Mr. Hyphen, a community Fundraiser Event hosted by Hyphen Magazine. Phong is representing DVAN. To vote to Phong click Likehttps://www.facebook.com/photo.php?v=10151925120892653 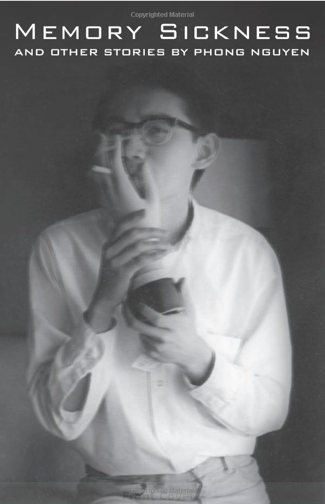 1. How important is community and location to your identity as a writer and your writing process?

Community and location are important to my writing process in that I have come to depend upon the presence of a local independent coffee shop to write in, and a community of friends to read and comment on my work. It has been influential upon my identity as a writer in that I live in a fairly small and racially homogenous region of the country (Central Missouri), yet I grew up in an incredibly diverse family and community (Central New Jersey), so I am made aware of my racial difference by others more frequently than it would otherwise occur to me. The result is that I don’t so much suffer the rootlessness of the typical 2nd generation immigrant straddling two cultures, but I suffer instead the burden of being an ambassador of diversity itself– my biracial heritage and seeming “foreignness” to the rural Midwest being something that seemed common and unextraordinary growing up. So while the fact of racial difference is not at the center of my concern, the project of reconciling opposites and embracing contradiction is.

Zachary Mason’s The Lost Books of the Odyssey; Mark Twain’s The Adventures of Huckleberry Finn; and Willa Cather’s My Antonia. All three are books that I have the privilege of teaching every year, and they happen to be among my favorite American novels. They all attempt and achieve very different ends, so I’m not sure you can learn a lot about my literary aesthetic through them, other than the fact that each of them appears simple at first but turns out to be wonderfully complex and thoughtful.

3. Who would you be if you had not become a writer?

I would still be an editor or professor if I did not lead the life of a writer. Or, if I couldn’t edit or research, I’d be a musician. That way, I’d still be writing lyrics. Playing with language is so much a part of who I am that if I didn’t live my life creatively in words, I’d have trouble figuring out what self remained.

4. Do you have any advice for aspiring writers and poets?

Stay curious. It doesn’t matter how successful you become, or how much knowledge you accrue; if you lose your curiosity, then all you can do is repeat yourself.

Additional resources on Phong and his works
Website: http://phongvnguyen.com/

Excerpt from Pages from the Textbook of Alternate History
There was no America. Only the Atlantic. A flat, blue surface folding over itself. No savages to subdue. No gold to mine. No islands of paradise. Columbus was chagrined by the ocean’s emptiness. A great undiscovered continent was something he had imagined, and now all that was left to do was proceed toward the relative banality of Asia. But there would be gold and savages there, too.

But how bitter that the prehistoric country of his dreams, and the civilizations he imagined there, would never be. A New Europe, a fresh start, and the continuance of his great voyage pushing west across the earth for

hundreds of years without ever reaching its limit.

For many days Columbus looked down at the surf crashing against the hull of the ship, speckled white, like a thirsty tongue. While staring into the water, Columbus found himself feeling philosophical.

The Santa Maria, flanked by her two sisters, sailed headlong into the skyline. Another rotation of the sun had brought that nuclear light down to the horizon, and they coasted slowly toward it. Venus appeared like a mole in the sky’s complexion, low and to the left, then suddenly all the stars emerged like a pox.

“Francisco,” Columbus called to a mate, who stood at the bow, “why do you think, when the sun sets, the blue fades away from the water?”

“Water is reflective, like glass,” Francisco said. “It looks blue to you because the sky is blue. Only when there is no light being reflected on it can you see its true color.”

“But if there is no light, Francisco, then you can’t see anything. It is just black.”

Francisco nodded, the ends of his mustache twitching in the wind like an insect. “Wine-dark, sir, is what Homer called it.”

On the morning of the seventh day of the third month after the voyagers’ departure, the Santa Maria suddenly lurched and stalled, groaning with the burden of its weight, followed by the Pinta, then the Niña. No one had sighted land.

“Did anyone drop anchor?” Columbus called out. “Has anyone gone adrift?” The Admiral, when he arrived at his senses, answered that no man or anchor had been cast off.

Craning his neck over the bow, a lookout announced, “We’ve touched land!” But Columbus saw nothing.

“Or,” said Columbus, “the mountain ranges of some buried world,” still dreaming.

When it turned out not to be an indication of land, nor the peak of some Atlantean wonder, the seamen sought to extricate the ships from the ridge by shifting all the weight to the bow, since they had already passed over a good part of the border, and raising their masts high to the wind. Turning their heads to where the ship left its wake, the men saw a blurred and corrugated orange stripe of sandbar stretching out like a seawall far to the north and the south, as if splitting the ocean in two. (from “Columbus Discovers Asia”)

Please take the time to rate this post (above) and share it (below). Ratings for top posts are listed on the sidebar. Sharing (on email, Facebook, etc.) helps spread the word about diaCRITICS. And join the conversation and leave a comment! Have you read any of Phong Nguyen’s books? If so, tell us what you think!