Isabelle Thuy Pelaud: How I Found Myself At UC Berkeley

The founder and co-director of an organization called the Diasporic Vietnamese Artists Network (DVAN), Isabelle Thuy Pelaud is a professor and author who specializes on Vietnamese American and Asian American literature. But before she became the accomplished woman that she is today, Pelaud had to first surpass the expectations of those around her. Andrew Lam, author and fellow DVAN member, writes about Pelaud’s inspiring tale. 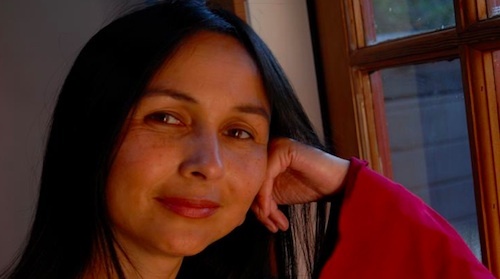 When she was a teenager, Isabelle Thuy Pelaud would ride around the small village of Pierrevert in the hills of southeastern France. But her little moped could only take her so far. “I would ride all day but my world was a very small one, and I was invisible in it,” she recalls. “I knew I wanted to get past those mountains.”

Pelaud had always been an outsider. Born in 1965 to a French father and a Vietnamese mother who didn’t speak much French, she grew up in rural France feeling isolated, both geographically and culturally. She had trouble making friends and didn’t do well in school. No one believed that she would amount to much.

“When I was a teenager, my father said to me, ‘The best thing for you, Isabelle, is some rich farmer picks you up and takes you home to be his wife.'”

That she is now a published author and a tenured professor of Asian American studies at San Francisco State University is a testament to her determination to go beyond the limitations set on her by others. “One of the reasons I studied really hard near the end was I wanted to challenge my father’s prediction,” she explains.

Since her childhood, she says she has been able to climb mountains. “Sometimes, even though I’m bruised and scarred, I’m glad I’ve moved so far from what and where I was.”

One of those mountains was overcoming the racism and bullying she faced growing up. The only Vietnamese-French kid in her village, she was called repeatedly “chinetoque,” which is equivalent to the slur “chink” in English.

She wanted to escape her small village and prove her father wrong. Despite having bad grades, she studied “like mad” and passed the difficult baccalauréat — the French high school graduation exam. Her parents’ gift to her was a one-way ticket to California.

The first time she had ever been to Paris was on her way to the airport. Years later, she would travel to Paris as a visiting professor and author, something that would shock her friends and relatives back home.

Many of her high school classmates back in France work as maids, workers in schools, and in small shops. Pelaud is sure that, had she stayed, she would have been a maid or or if she was lucky, a rich farmer’s wife.

English was another mountain she had to climb when she came to the United States in 1984. Pelaud didn’t speak any English until she arrived in the country at age 19. She started picking up the language from her aunt’s family, who had fled Vietnam at the end of the war as refugees and opened a nail salon in the in Southern California town of Gardena.

“I was speaking broken English with a Vietnamese accent, but I didn’t speak Vietnamese. And I didn’t know any Americans. It was very odd,” she recalls.

Her family’s dream for her had changed; she was now expected to be a manicurist. But after two years of work, she found the job stifling.

“I didn’t want to do nails for the rest of my life. It was not why I escaped France,” she explains.

So she left her aunt’s family against their wishes — “I ran away, actually” — and moved to San Jose where a cousin of hers lived. There she went to adult school to learn English and got a job at an electronics store.

“Being a professor was far from my mind at that time. I just wanted to be safe and have a place to live. To survive,” she says.

How did she end up as both undergraduate and graduate student at UC Berkeley, one of the premier universities in the country?

“It’s all by coincidence, really,” she says, laughing. “I didn’t make enough money…and I didn’t feel safe where I was. So I found a job with a South Asian family who ran a deli in Milpitas. I ended up working and living with them in Fremont. I was their sandwich maker, chauffeur, and housekeeper.”

One day, Pelaud recalls, the owner’s daughter came home from her studies at UC Davis. Pelaud had never heard of UC Davis before but she was interested. “Can I also go there?” she asked. But her employer overheard her and laughed, “Isabelle, UCs are not for you. Not everyone can attend.”

Pelaud, the author of This is All I Choose to Tell, a book about Vietnamese American literature, and recently, an editor of the anthology, Troubling Borders: An Anthology of Art and Literature by Southeast Asian Women in the Diaspora, recalls the moment as cathartic. It seemed to her that her whole life, people had been imposing limitations on her, and again and again, she needed to prove them wrong.

“It gave me the energy to move forward, to climb yet another mountain.”

She soon discovered that there was a nearby college called UC Berkeley. She studied hard at a local community college while working full time. She applied, and with the help of a beloved English teacher, she was accepted.

It was at Berkeley that Pelaud came to confront her own identity. She learned the history of colonialism, the literature of resistance, literature written by subjugated people from Haiti to Algeria and finally Vietnam.

“In France, you either are French or you are not. There was nothing about minority and ethnic identities.”

“At Berkeley,” she says, “I discovered a world of knowledge and ideas. I read writers from colonized countries. I learned different ways of looking at myself.”

She became obsessed with issues related to social justice. “I wanted to fight sexism, homophobia, and racism. Especially racism — I really suffered from it.”

She graduated with a 3.8 GPA in cultural anthropology. For her honor’s thesis she made a documentary film about the politics of resistance by people of color against the U.S. Persian Gulf War. She became interested in film and anthropology.

She began to wonder where she fit in history, who she was, how French and how Vietnamese she was. She wanted to learn more.

When it was time to consider graduate school, Pelaud got accepted to Stanford’s documentary program, and Temple and USC in visual anthropology studies, but money was tight and she was married by then to a medical student. She decided to pursue graduate studies in ethnic studies at UC Berkeley instead, since she could apply both her Vietnamese background and her undergrad anthropology major in one discipline. 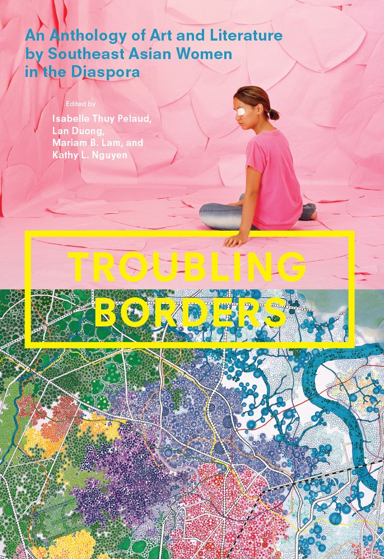 It was also a time when Vietnamese American writers were starting to publish and she became more and more interested in literature of the Vietnamese Diaspora. She came to recognize that she was an indelible part of their narrative.

Still, Pelaud says, she had no idea what she was going to do when she graduated. “I still didn’t think I could be a professor. Speaking in public terrified me for a long time. It was why I was interested in films. I wanted to be behind the camera.”

But a job became available at San Francisco State University in the fall of 2001 to teach Vietnamese American literature, a field that was new in Asian American studies. “So I decided to go for it. I worked really hard to finish my thesis in order to qualify for the job.” She was also publishing critical essays and other significant works at the time. And she got the job.

There have been many mountains she has climbed since then, she says, including going through divorce and being a single mother, but she has no regrets.

The founder and co-director of an organization called the Diasporic Vietnamese Artists Network (DVAN) that bridges academia, activism and the arts, Pelaud became a full professor this year, 13 years after she was hired teach Vietnamese American and Asian American literature. She’s now exploring her artistic side by doing art installation and poetry.

She’s been back to France many times. “A few of those who treated me badly apologized when we met again.”

But the pièce de résistance? This fall she’s invited to Paris to give lectures at the Guimet Museum and Institute of the Art on Vietnamese Diaspora literature. “I get to do it in French,” she says with excitement. In a sense, Pelaud, the ultimate outsider, finally gets to speak at the center.

Isabelle Thuy Pelaud (Executive Director, SF Vietnamese American Poetry Festival) is associate professor in Asian American Studies at San Francisco State University. She is the author of This Is All I Choose To Tell: History and Hybridity in Vietnamese American Literature (Temple University Press, 2011). Her essays and short stories have been published in Making More Waves(1997), Tilting the Continent (2000) and Vietnam Dialogue Inside/Out (2001). Her academic work can be found in Mixed Race Literature (2002), The New Face of Asian Pacific America (2003), Amerasia Journal (2003) (2005), Michigan Quarterly Review (2005) and the Journal of Asian American Studies (2012).

Andrew Lam is an editor with New America Media and author of the “Perfume Dreams: Reflections on the Vietnamese Diaspora,” and “East Eats West: Writing in Two Hemispheres.” His latest book is “Birds of Paradise Lost,” a short story collection, was published in 2013 and won a Pen/Josephine Miles Literary Award in 2014 and a finalist for the California Book Award and shortlisted for the William Saroyan International Prize for Writing.

Please take the time to share this post. Sharing (on email, Facebook, etc.) helps spread the word about diaCRITICS. Join the conversation and leave a comment! Isabelle Pelaud overcame the obstacles that were imposed on her by society. Do you find yourself limited by the same challenges? How can we as a community support each other?