Courage to Rebuild: Call to Artists 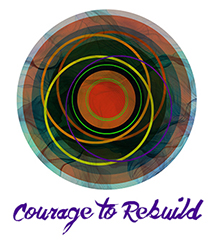 Courage to Rebuild and VACA (The Vietnamese American Cultural Alliance) is accepting proposals for a site specific sculpture in celebration of 40 years of Vietnamese emigration to the United States. This public artwork will be a beacon and gathering place for the community in celebration of their hopes, strengths, and perseverance.

Regional, national, and international artists are invited to submit.

The selected artist will receive a $40,000 honorarium and additional funding in support of the creation of this original site-specific work of art and public area.

Over the past four decades, since the end of the Vietnam War, more than one million Vietnamese citizens have reestablished themselves and their families in the United States, and one of the largest enclaves of immigrants has settled in Southern California. In the heart of Southern California lies the most iconic Vietnamese-American community, known as Little Saigon, in the city of Westminster. When you visit the main street in Little Saigon, you’ll find numerous colorful shops selling specialty goods from Asia, comforting aromas of traditional Vietnamese dishes, and most importantly a flourishing Vietnamese American community.

Despite being one of the most recent ethnic groups to immigrate to the U.S., we have worked hard to rebuild our lives. Within the past 40 years, we have made profound contributions in the U.S., in areas such as the arts, politics, science, education, engineering, business, media, film, culinary, literature and many other trades and professions. Vietnamese-Americans have succeeded and become leaders in many fields and have shown that we are a people of passion, pride, unwavering courage and determination.

While we have worked and succeeded we have also nurtured one generation after the next to be rooted in tradition while searching out their own paths for success. Each generation has struggled with acculturation and identity here in America but Vietnamese-Americans and Americans of Vietnamese decent continue to define themselves anew. Each generation revealing a transformative energy and determination, investing in their lives, valuing their history and contributing to their ever changing and growing communities. As second and third generations become our representatives in American society, cultural hubs, such as Little Saigon, will play an increasingly important role in continuing our traditions and values.

As our community approaches the 40th Anniversary of the Vietnamese Immigration to the United States, the Vietnamese American Cultural Alliance is leading Courage to Rebuild, a site-specific public art sculpture project in honor of the accomplishments of the past forty years, where all generation contribute and aspire to finding balance between past traditions and histories and a future formed by personal vision and determination. Asian Garden Mall (aka Phước-Lộc-Thọ), which is a central gathering space of Little Saigon, has generously donated the location to feature the Courage to Rebuild public art sculpture.

An international call to artists and jurying process over the next five months will reveal the final public art selection. The Courage to Rebuild sculpture plans and models will be unveiled and sculpture fabrication will begin in May 2015. The final sculpture will be installed in a prominent location for all to appreciate at Asian Garden Mall by May 2016. Community members, business owners, educators and civic leaders are joining together in remembrance and celebration of our resilience, tradition and success. Courage to Rebuild will be a landmark that celebrated our past, our present and the future of all Vietnamese-Americans. The Courage to Rebuild place and sculpture will serve as a gathering space where we can all reflect on the impact our stories and lives have had and will continue to have on this community and beyond. For the millions of visitors who come to Little Saigon each year, they will find greater understanding in the historic achievements that occurred after the Vietnam War. They will also experience a community that continues, one generation after the next to rebuild, educate, inspire and prosper.

The Vietnamese American Cultural Alliance (VACA) is a non-profit organization with the mission of promoting awareness and increasing Vietnamese American culture through arts and education. VACA was initially established to facilitate the Courage to Rebuild project with the purpose of carrying out future projects that will also inspire and enrich future generations of Vietnamese-Americans.

APPLY TO THIS CALL