This poem introduces a new mini-series #metoovietnamesebodies, which explores how “Vietnamese bodies” have been impacted by “#metoo” experiences of sexual and power abuses. #metoovietnamesebodies was initiated as a collaborative writing project of She Who Has No Master(s), presented in SF in May 2018 for the United States of Asian America Festival 2018. This poem was written by one of our poet collective members as a reflection after our weekend of events on May 5-6; the poem contemplates the healing aspects of our gathering and sharing around these themes.

One Note. One Dish. One Love

For She Who Has No Master(s)

At first it is simple.

Heavy clank of steel on cast
iron, the sizzling of sauces that
make me salivate, the fragrant
flush of flames ringing around
the rim.

This is what my ears long for –
sounds primal – tender and
toned.

The Vietnamese word for mother,
is spoken like a cry, and I fear the
day it no longer lives, desperate
in my mouth.

Will my body ever be full enough,
of language that makes me whole –
that flows and fills the caverns
of my heart?

In the fierce echoes of blood
I hear, “Tôi cũng vậy,” and crave
the safety of sisterhood. Of skin.

Crave the acceptance that hunger
and poverty, cruelly denies.

We do not always have the luxury
of the freshest fruit – the complex
plate of herbs – the billowing bowl
of pho.

Sometimes the pot is empty, and
we must make due. With one
note. One dish. One love.

Sometimes we have no choice. 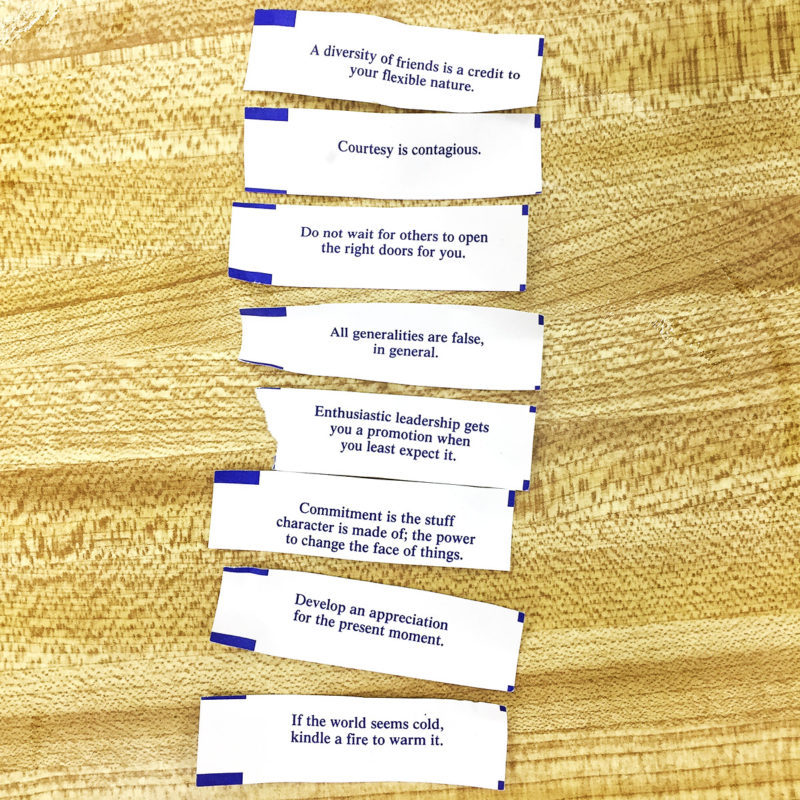 In May 2018, in collaboration with the United States of Asian America Festival / USAAF 2018, presented by APICC (Asian Pacific Islander Cultural Center), DVAN’s collective of women and gender-nonconforming writers of the Vietnamese diaspora, She Who Has No Master(s), created a two-part collaborative writing and performance project engaging around themes of how “Vietnamese bodies” (and other Southeast Asian bodies) have been impacted by #metoo experiences. Our collective presented two public events for USAAF 2018. The first event took place on May 5th at the International Hotel, in collaboration with SFSU Vietnamese American literature students. Isabelle Thuy Pelaud, one of the founding members of She Who Has No Master(s), led her SFSU literature students to create writing and performative work that was vulnerable, deeply touching, honest, and exploratory, breaking silences around pasts and secrets (held and/or witnessed by many of the students) about sexual abuse and violence. The students also engaged in a Twitter campaign for the week prior to the USAAF 2018 events, where they tweeted lines of poetry next to statistical facts on gender-based violence and sexual abuse, especially towards SE Asian and API women.

The collective’s second event was on May 6th at the Asian Art Museum, where we presented a multi-voiced poetry performance in the morning, including three featured reading/performances by collective members, followed by three more individual pop-up readings in the gallery in the afternoon. Both presentations were accompanied by mixed-media visual elements (visual artwork by Trinh Mai).

She Who Has No Master(s) is a collective of women and gender-nonconforming writers of the Vietnamese diaspora, and a project of the Diasporic Vietnamese Artists Network (DVAN). They have published collaborative poetry in BOMB Magazine and AJAR Journal. Readers for the USAAF 2018 events included (pictured below, l to r): Julie Thi Underhill, Trinh Mai, Dao Strom, Anh-Hoa Thi Nguyen, Stacey Tran, Aimee Phan, Isabelle Thuy Pelaud, Thao P. Nguyen. 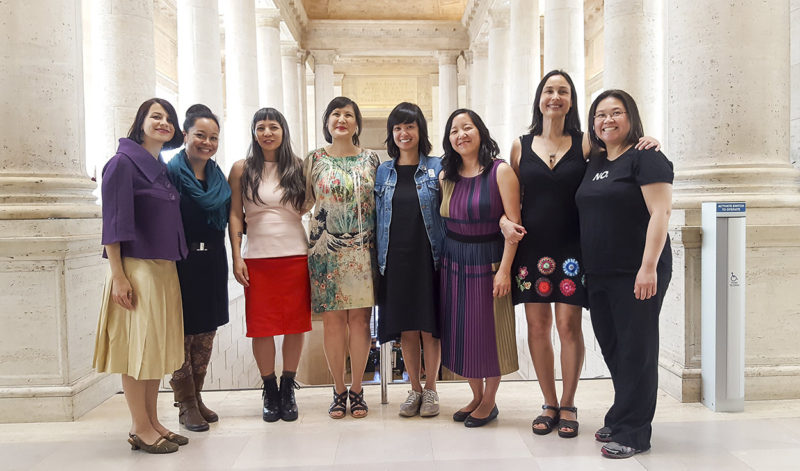 Note: “Tôi cũng vậy” translates to “me too” in Vietnamese.

Anh-Hoa Thi Nguyen is a poet, community artist, activist and educator. She holds an MFA in Creative Writing from Mills College. In addition to journals, magazines and anthologies, her publications include AS IS: A Collection of Visual and Literary Works by Vietnamese American Artists and Troubling Borders, An Anthology of Art and Literature by Southeast Asian Women in the Diaspora. Anh-Hoa has been a board member of the Asian American Women Artists Association and member of the Vietnamese Artists Collective. She has also been an Artist-in-Residence at the de Young Museum and Writer-in-Residence at Hedgebrook. She is a VONA alumna, Elizabeth George Foundation Fellow, and a Minnesota State Arts Board Artist Initiative Grant recipient. Anh-Hoa was recently a host for the Minnesota Humanities Center’s War and Memory Series and a presenter for the PBS-TPT/MELSA The Vietnam War: 360 series. In the summer of 2018 she was the artist-in-residence for The Floating Library with her project Waves Enfolding: A Paper Memorial that honored the lives lost during the Vietnamese refugee waves of 1954 and after The War in Vietnam and South East Asia, 1975-1992. Anh-Hoa is currently a Lecturer of English at St. Catherine University.

My counselor asked me if I’ve had any traumatic experiences lately. This was 12 minutes into our first meeting, after he asked me to rate my happiness, on a scale from one to ten.
Read more
Poetry

A goal of my poetry is to explore each complicated avenue of my identity as it manifests and conflicts with another avenue, to acknowledge all the problems and joys being Vietnamese-American. I can mourn for the loss of a homeland and empathize with my mother’s loss of country at the same time I can keep in mind the South Vietnamese persecution of Buddhists.
Read more
Poetry

Part poem. Part fluent. Part Viet. Part not. These visual diaries are my way of understanding the complexity of being in two separate places at the same time.
Read more