THIS IS FOR MẸ: The Undeniable Force of Khó Khăn

In this except from digital magazine, this is for mẹ, Cindy Nguyen invites us to listen to “stories shared in the darkest of nights between only [her] mother and [her] as [they] lay under the patchwork blanket of [her] Vietnamese comprehension ability.”

this is for mẹ is a digital magazine for Vietnamese and API identified people to discuss mothers, motherhood, motherlands, mother-tongues and family.

The Undeniable Force of Khó Khăn

My mother’s words play back like a scratchy recording. Quiet, muffled, persistent.

Faded notes in the soundtrack of my childhood memories, the words are scrambled.

Meanings associated with memory, hastily connected synapses between Vietnamese and English, past and present.

Maybe she used to always say “Cố gắng lên!” “Try hard! Work hard!” but my memory fails to catalog her precise words. Instead, I hold onto her stories.

Worried wide eyes search for her words. Hands flail through the Vietnamese words, grasp clumsily for meaning. Yet catch only her tone, her tears, her distant stare.

Throughout my youth, her life served as a tấm gương— a mirror, a model of work, struggle, and triumph. I listened attentively to stories of

her young motherhood escaping into the night with her children,

and my miracle birth in the Malaysian refugee camp.

Stories shared in the darkest of nights between only my mother and me as we lay under the patchwork blanket of my Vietnamese comprehension ability.

She used a certain vocabulary to tell her stories.

I did not understand their precise meanings, but became familiar with their sounds. Whispers of the past professed through stories of struggle and sacrifice.

The words were fragmented totems—heavy with a metaphysics of meaning and untranslatable into the American English of my suburban childhood realities. I held the totems in my hands, ran my fingers along their textures, and carefully placed them in my treasure chest.

The words represented my mother’s life. Each word embodied tales of worlds past, dreams lost, the impossible overcome.

But every so often, the words forcibly made their way into bouts of resentment and mistranslated arguments.

Your parents Hy Sinh for your life in America.

You do not know what Khó Khăn is.

We have to Chịu Khó every day to provide for you.

Over the years, the totemic words became increasingly distant and indistinguishable—their universe of meanings collapse into each other, a nebulous cloud of hazy interpretation.

I reopen the chest, lift out the lexical totems lightly covered with a dusty sheet of forced forgetting.

I fumble with the words, utter their sounds between my untrained lips, and feel the soft sonic warmth hover around my ears.

Heroic nostalgia seep past the temporal and linguistic distance of miscomprehension.

I try out the words in context, the way she used to—or at least the way I remember she used to.

Family must Hy Sinh for each other.

Mother has experienced so much Khó Khăn.

You must Chịu Khó in order to be successful.

Khó Khăn, I think I know you now.

As an adjectival specter, Khó you haunted all things ‘difficult.’ School was Khó, work was Khó. Sometimes combined with other words you transformed into a new meaning.

Khó + ăn meant something difficult to eat, digest, complicated, easy to get sick of.

Khó + nói chuyện implied someone difficult to communicate with or how we operated our daily family communication.

Khó + chịu was a state of being that was uncomfortable, unhealthy. Or in most cases it could mean a difficult person who makes us feel uncomfortable.

By itself or together with another word, something that was Khó was never good.

But as a noun Khó Khăn, you are an undeniable force.

On the surface it means ‘difficulty’, but in context implies the crushing weight of suffering. Khó Khăn was how my mother operated. Khó Khăn was a relentless heavy fog cast on her past, her present, her future. Khó Khăn, the only constant in life. Meanwhile ‘Chịu Khó,’ the only antidote.

Chịu Khó, you were both everywhere and nowhere, hiding in context and unspoken subtleties. I regretfully have come to know you.

As a verb of action with inaction, Chịu commanded quiet strength and patience. Somewhere between ‘endure, concede, and tolerate’ I found its meaning intolerable.

Chịu conjured immediate obedience. “Thôi ráng chịu đi con” was a regular command for the kids to no longer be kids. Translated it meant something along the lines of: “Exasperated sigh, my child you must understand and accept our current circumstances because there is no other choice.”

Chịu + đựng was a temporal state of extended, persistent suffering and pain.

Chịu + đói was to endure the feeling of hunger when there just was not enough for all of us.

Chịu + đòn was to withstand and accept a disciplinary spanking. Often but not always used as a threat.

Chịu khó you were both everywhere and nowhere.

Yet in practice, Chịu khó was deployed daily.

Chịu khó, translates into American English to characterize industriousness, hard work, diligence. But for us Chịu Khó became a pithy expression, a parental reminder to us children to work hard and struggle. Always.

A state of becoming: The realization of thành công

‘Thành’ is a state of becoming, a transformation, a realization of something we all seek.

‘Công’ means work. It is a lifetime of your labor, your hands, your sacrifices.

Thành + Công means the realization of your labor, or in other words ‘success’.

I hold the totems one by one in my hands–hy sinh, khó khăn, chịu khó. Their edges are worn, their spirits tired. My hands automatically reach for all of them at once, but the words refuse to stay in my grasp. I close my eyes and echo that exasperated sigh I heard so often. “Thôi 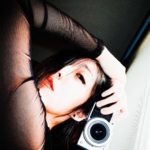 Cindy Nguyen is a subversive artist-historian who works between film, poetry, and visual narrative. Her work defies dominant narrative and meditates on the subtle textures of translation and memory. “The Undeniable Force of Khó Khăn” film is part of “Mẹ, Translated,” a project on intergenerational language and love. Nguyen’s other major project includes MISS/MIS, a feminist exploration of all things deemed ‘mis-’ –wrong, dirty, defiant, or ‘abnormal’. Her art experiments on translation, categorical impulses, and misreading emerged from her Ph.D. dissertation (UC Berkeley) on Vietnamese libraries, print culture, and reading.

Nguyen’s work bridges the diverse fields of history, technology, education, art, and language. As a refugee from the Vietnam War and English as a Second Language Learner, she is committed to advance the understanding of the complex history, culture, and language of Vietnam and its diaspora. For speaking engagements, workshops, and creative collaborations contact misreadingart@gmail.com.

To my fourteen-year-old self, Years ago, when we first came to the U.S., remember how Mom used to take you with her to the houses she cleaned? You’d sit in the kitchens of these houses crammed full of wide empty spaces, feet dangling, too scared to touch anything in case you left a mark.
Read more
Essays