On Mother’s Day, I decided to experience a one-woman show, 140LBS: How Beauty Killed My Mother. What better way to reflect on and navigate my own complicated relationship with my mom on this particular day than to watch a show in which the playwright and performer, Susan Lieu, takes us on her own journey after the death of her mother, who died from a cosmetic surgery gone wrong when Susan was just 11 years old. As a part of the Center for Asian American Media’s CAAMFest, “the nation’s largest showcase of Asian American film, music, food, and performance arts,” the live performance was followed by a panel with Susan Lieu and two of her two siblings, moderated by the Diasporic Vietnamese Artists Network (DVAN)’s Executive Director Isabelle Thuy Pelaud. As a daughter of Vietnamese refugees myself, I reveled in the delight and unearned pride of this incredible bargain — for the price of a cocktail in San Francisco (before tip), I could witness a one-of-its-kind live performance and a Q&A after.

The show wastes no time introducing one of its major conflicts, through juxtaposing two important characters who encourage and discourage Susan from uncovering details about her mom’s death. While one person provides the validation the performer seeks to share her family’s story, the other tells her to let it go and move on, a mantra that reverberates deeply in the diasporic Vietnamese ethos as a means of survival. Fortunately for us, Susan decides to tell her story, as a means for her survival.

We are then introduced to Susan as a younger Susan, emerging vivaciously to the bubble gum pop tunes of the Spice Girls while sporting a denim jacket, a true nod to a 90s fashion must-have, now retro-chic. She then takes on the role of her mom, a protective mother who urges her daughter to stay home and study and not participate in extracurricular or social activities because it will only distract her. An argument breaks out causing Susan to storm off and utter words to her mom she did not and never did mean: “I hate you!” It is here that Susan sets the stage for viewers to buckle in for a roller coaster ride of emotions, from moments of light-hearted humor and relatable experiences, right before plunging them down into deep regret and mourning.

The next part of the show chronicles Susan’s obsession for justice as she tries to exact revenge on her mother’s doctor, a man who had 24 lawsuits against him for botched plastic surgeries. The Vietnamese word for revenge is trả thù, a word carrying more of its weight in venom than its English counterpart. I’ve never really heard this word beyond the context of the fighting warriors in phim trượng that I would watch with my grandpa on some nights and vengeful housewives in cải lương that I watched with my grandma on the weekends. When I heard Susan use it in her show, I was prepared to see her come at this doctor with everything she had. However, like most major revenge plots, things don’t turn out the way the protagonist intends. What comes out of it proves to be more profound, although maybe not as instantly gratifying.

The most meaningful part of this show may not be the Greek-like tragedy in which child avenges parent, nor even its commentary on beauty as a destructive force that drives people to carve and alter their bodies in potentially harmful ways. Rather, the most touching part of the show is Susan’s growing relationship with her mother even after her death. In her amateur sleuthing to find more details about her mother’s death, Susan unearths poignant stories that paint a portrait of a strong-willed, quick-witted, fearless woman filled with conviction and resolve. It leads us to admire and grow fond of her mother, mourning deeper her passing. As we learn more about Susan’s mother and the effect of her loss on the entire family, we also meet Susan’s two older brothers, Kang and Hang, and older sister, Wendy, each of whom Susan depicts with distinct voices and characterizations. Sometimes it was easy to forget there was only one person onstage because Susan as a performer brings so much life and personality to each of the characters. In her ravenous and sometimes careless thirst for knowledge and information, we see a universal desire and longing for connection and understanding amongst family, which feels all the more heartbreaking since her main subject has passed on.

As evidenced through Susan’s tenacity and restless spirit, she finds ways to communicate with her mother through spirit channelers. During priceless moments of dialogue between mother and daughter, Susan kept her composure manifesting herself as two characters, while sounds of sniffling and suppressed cries hovered heavily in the audience. It was the collective tension and audible sorrow circulating throughout the room that made this live experience all the more powerful—that a single woman supplied with a folding chair and multiple voices was able to render an entire audience paralyzed with grief. By the end of the show, it seemed clear that while this began as a tale seeking revenge, it was actually a tale of a daughter seeking to understand, connect, and honor her mother by any means necessary, even if it meant ripping apart scars by uncovering her and her family’s unaddressed trauma.

Throughout the entire show, Susan is conflicted about whether or not to share her family’s story. She and her siblings sometimes wonder if she is doing this for herself, for her potential fame by making this her story. In a culture in which you are supposed to let it go and move on, sharing such an intimate family story and reopening wounds that have never properly healed can inflict more pain and bring shame and embarrassment to your family. Some may even consider it exploitative. As an audience member, I did feel like I was intruding on this family’s very personal journey. However, I am so selfishly grateful that I did. It felt like I was invited to someone’s home, served a feast of cá chiên and bò nướng vĩ with Remy Martin XO to drink and all I brought was a cherry-flavored Jello mold. It was truly a gift to witness Susan’s craft unfold in one of the most transformative 75-minute experiences of my life. By allowing us to witness her hurt and healing, we too get a valuable opportunity to hold a mirror up to our own relationships with our families and examine ways in which we hurt and heal.

Topping off this already life-altering experience, we then moved into a Q&A where Susan’s siblings took the stage to further reveal the complicated emotional web that is family dynamics. To help bring the audience back from the pits of all their feels, each audience member received a delectable morsel of beautifully designed truffles courtesy of Susan’s older sister Wendy, chief chocolatier and co-founder with Wendy of Socola Chocolatier. With this decadent confection to calm our nerves, warm our spirits, and sweeten our palettes from our salty tears, we received the rare opportunity to hear about how Susan’s quest affected her siblings and their feelings about the show. They were not shy in expressing their reservations about the show and took loving jabs at their younger sister for often being the attention seeker in the family. Even so, her oldest brother Anthony admitted that he appreciated all the information and stories they were able to collect about their mom, stories he would’ve never known if not for Susan’s persistence. Wendy shared that, despite being a private person, she has seen how the show resonates with viewers and recognizes that the story transcends beyond their family’s pain and journey towards healing.

It was moving to see Susan’s two siblings’ acceptance and validation of a show that will hopefully continue to travel the country to be witnessed by more audiences. While I as a Vietnamese-American woman could relate deeply to this experience, the themes and motifs in the performance are universal: love, grief, family trauma, and healing. This show demonstrates that only when you confront truth and trauma can you start to move on.

After the show, I called my mom to wish her a Happy Mother’s Day, and before I hung up summoned the courage to utter something I don’t tell her often enough: “I love you.”

Find out more about Susan Lieu and her upcoming shows at: www.susanlieu.me 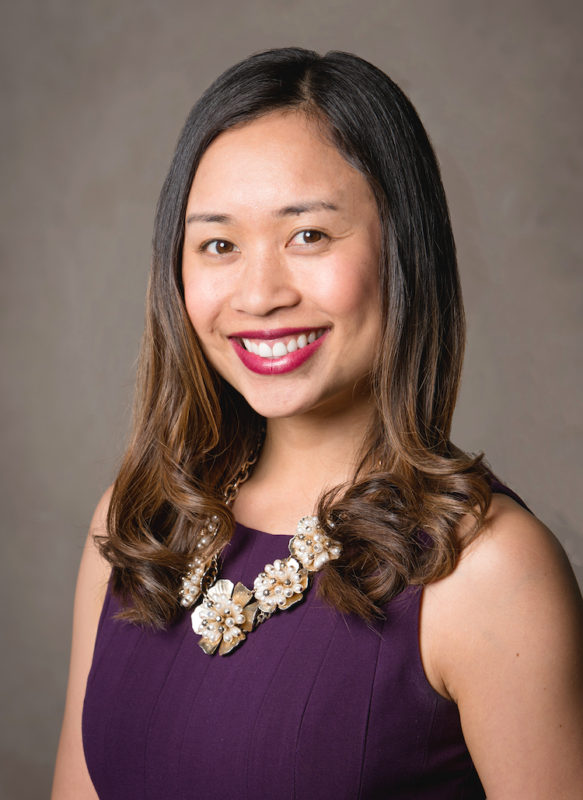 Vina is a strategic consultant, writer, and K-12 education professional living in the Bay Area. During her free time, she loves hiking, exploring new bookstores, meditating, practicing yoga, and cooking tasty meals. Above all, Vina consistently envisions a world where people can create their way to freedom. She is the co-founder of the Novalia Collective: www.novaliacollective.com.

Butterfly Yellow is a Vietnamese refugee story but also an American one—the way the idea of America is not exactly aligned with the way America actually is.
Read more
Art

For me, photography has been a tool for change and impact. I believe that through visual imagery and storytelling, photographers have the power to change people’s minds.
Read more