diaCRITICS highlights artists and writers of the Vietnamese diaspora. In this post we feature Joshua Nguyen, a writer and educator whose work explores poetic forms including the Vietnamese lục bát. In this profile, Joshua shares his journey towards writing and what it means to create a legacy.

I begin writing when my 9th grade English teacher had a poetry unit one month. She showed a bunch of clips from HBO’s Def Jam Poetry series. She held a mock poetry slam at our school and if you participated, you would get extra credit— I did it for the extra credit. I ended up getting 2nd, but because we found out that the 1st place winner plagiarized, I technically got the first place win. I was then sent to the Houston Downtown Library where I met a local Houston Poet, Outspoken Bean. He was the head coach for the Meta-Four Houston Youth Poetry Slam Team. That summer, I attended workshops every week and eventually tried out for the team— and made it! I made the team for four straight years, attending the Brave New Voices International Youth Poetry Slam Festival every summer in a different city. After High School, I was part of UT Spitshine, the collegiate poetry slam team at UT-Austin. We competed at the College Unions Poetry Slam Invitational (CUPSI) every year. In 2014, we won the entire competition in Boulder, Colorado. Towards the end of my senior year at UT Austin, I was taking my Dental Admissions Test (DAT) and applying to dental school. Once I received my first dental school interview, I had a feeling that something didn’t feel right. I knew that I was only going to be a dentist to fulfill some obligation I had towards my parents. I went to a Waffle House and asked my friend what he learned during undergrad, he said “Do not lie to yourself”. That conversation, along with me listening to the song ‘Because Dreaming Costs Money, My Dear’ by Mitski, led me to follow my dream of being a full-time writer. I applied to the MFA program at The University of Mississippi after Julian Randall posted a Facebook status about it and convinced me to apply with a week left before the deadline. I got in. During my summers, when I am not in grad school, I work closely as a creative writing instructor with Writers In The Schools (WITS) in Houston, TX. I am currently working on two different projects: the first being a poetry project that centers around a Vietnamese-American family after Hurricane Harvey, and the other being a poetry project that tries to organize childhood memories through a new language of the quotidian.


My Father and I Trade Bedwetting Stories
Perhaps, my writing comes from this hope that the stories I pass on will collide with the stories I create for myself and this will be enough of a legacy. A legacy that my family will be proud of. I am always trying to find parallels between me and the silence that plagues my family. This poem was an early attempt to fill the silence. There’s a lot about the Vietnam War I don’t ask my parents about. I know that they went through some shit and I don’t want to trigger any harmful memories. So I take bits and pieces I hear from time to time and try to fill in the myths in between.

When I was writing more prose stuff in high school, my mentors told me that I was writing poetry. When I started writing more poetry in college, people said that I was actually writing prose. There’s no winning! I love the work that complicates both forms. The relationship between prose and poetry is fascinating to me. I love figuring out ways of contorting momentum in both poetry and prose. In my poem, “After I Was Mistaken for the Stripper While Delivering Barbeque to an All-White Bachelorette Party,” I start with the prose to bring some light-heartedness in the absurdity of the situation. The ending lines of the first section get shorter, adding momentum to the end of the first section. This momentum is cut short by the interruption of the second section, which is a heavily enjambed stanza, letting the reader meditate in the uneasiness of the situation the speaker is in. 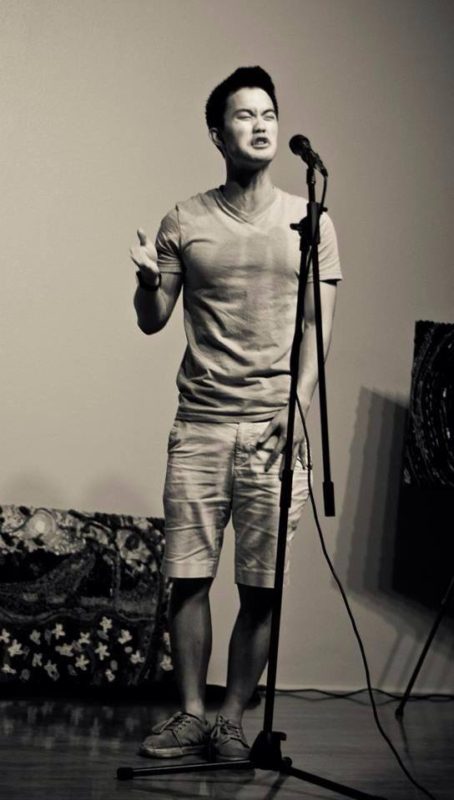 Writing in the lục bát form has been challenging, both technically and emotionally, like in my piece “Washing Rice (A Lục Bát).” On the technical aspect, it’s been mind-boggling to write in its strict form. Repeating 6-syllable and 8-syllable lines. The 6th syllable of the 6-syllable rhyme usually rhymes with the 6th syllable of the next 8-syllable line. The 8th syllable of the 8-syllable line rhymes with the following 6th syllable of the next 6-syllable line. And so on. On an emotional level, I’ve gotten perplexity and pushback from other Vietnamese folks because of me appropriating the form in English. You see in Vietnamese, everything is one syllable, which makes the Vietnamese lục bát more pleasing to the eye. Also, when writing lục báts in Vietnamese, there is a pattern one follows with the accents and tones. In English, there are no accents or tones. I’m torn because I want to bring the form back and make it mainstream, but I also don’t want to let down the original effects of the traditional Vietnamese lục bát. I’ve been working on a chapbook filled with 20 lục báts, each poem is titled after a certain step in the creation of my favorite Vietnamese dish, Thịt Kho. I felt like I needed a break and wrote a failed lục bát where the form speaks back to the reader (‘failed’ meaning the poem intentionally breaks the form). The poem deals with the anxiety and internal struggles I’ve been facing writing in this form.

“Washing Rice” was one of the first ones that I wrote. Common themes of traditional lục báts include warrior culture, love , and finding home. I find a home in the Vietnamese recipes that my mom orally taught me— in this preparation, is where I find love. I go to school is Mississippi right now, where there aren’t a lot of Vietnamese people around. So whenever I make rice, or cook Vietnamese food, I feel more at home.

Joshua Nguyen vs. Hometown Heroism (The VS Podcast)

In this episode of The VS Podcast, I discuss my relationship with the Vietnamese form, the Lục Bát with hosts Franny Choi and Danez Smith. The form is a way for me, a child of Vietnamese immigrants, to try and connect with the literary history of my culture, though I am not fluent in Vietnamese. On a more personal scale, my attempt to write Lục Báts in English acts as a bridge between me and my father. Growing up, my father didn’t talk much at the dinner table, he would eat while reading an old Vietnamese novel series. It wasn’t until recently, after talking with my father about the lục bát, that I learned the books that he has been reading at the dinner table were in the lục bát form. 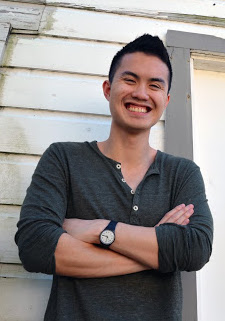 Joshua Nguyen is a Kundiman Fellow, collegiate national poetry slam champion (CUPSI), and a native Houstonian. He has been published in The Offing, The Acentos Review, Rambutan Literary, Button Poetry, The Texas Review, Auburn Avenue, Crab Orchard, Gulf Coast, and Hot Metal Bridge. He is currently an MFA candidate at The University of Mississippi. He is a bubble tea connoisseur and works in a kitchen. Twitter & Instagram at @joshuanguyen03. joshua-nguyen.com

Through it all, there was intergenerational healing and we cried behind and in front of the scenes. That’s the power of art: it can transform traumas into a story that allows so many others to be seen and validated.
Read more
Bài Tiếng Việt