I hadn’t read more than 5 posts on this blog before we (editors) were asked to do a top ten list.  After all, it has only been about a month since I joined Việt and Julie.  I did what I had to do and read all 100 posts.

Before joining, I expressed to Việt how, despite having no professional experience in art or writing and very little interest in Art as a genre, I was drawn to revisit the blog again and again after discovering it in August (my pick for the month was the reason).  Something here kept calling me and I think I’ve pinpointed that something.

Although diaCRITICS is meant to highlight artists and writers, the conversation happening here is much broader as it covers the past, present, and future of Việt Nam and Vietnamese people worldwide.  I wanted to be part of the conversation.

Now that I am, I want to share a little about me and my experience of Việt Nam by providing a few explanations for my choices:

May: Meeting a Taxi Driver in New York and Other Poems by Phan Nhiên Hạo 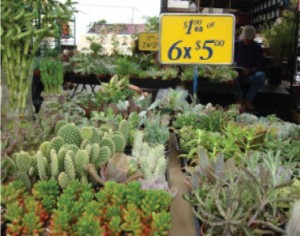 Jul:  There’s something for everyone at the swap meet (chợ trời)

On the way back from my high school graduation with 3 of my close friends in a car, we passed a chợ trời.  One of them wanted to stop by but having parents from Huế, he spoke with the distinctive accent from that region.  What came out was, “Let’s go to trò chơi (a game).”  The rest of us, from the South, looked at each other blankly, thinking this guy an idiot.  We figured it out eventually and have had many laughs about it since.  Such are the nuances of Vietnamese.

Aug: Teleconference: The Tale of Kieu in English

My first interaction with diaCRITICS was through this post.  I was exploring Truyện Kiều when I found out about this.  I listened and learned and came back to diaCRITICS for more.

I lived in Việt Nam until I was 10 years old before moving to the U.S.  yet the memories I have from those years are still more vivid to me than all the ones I’ve acquired since.  The picture of the bride laying on the grass did it for me.  Grass in Việt Nam is different than grass here.  It’s coarse, rough, and uncomfortable.  There are actually grasshoppers hopping around.  But I miss that grass. Ok, I don’t want to be a liar so I’ll include these two posts that I also enjoyed:

The Scent of Green Papaya

Did you like these posts? Then please take the time to rate them and share them. Ratings for top posts are listed on the sidebar. Sharing (on email, Facebook, etc.) helps spread the word about diaCRITICS. Thanks!