And now diaCRITICS puts on dancing shoes (and a favorite old song or two) to announce a multitalented showcase gala event, kicking off a month-long exhibit in Los Angeles, cosponsored by DVAN.

The opening night offers short films, food, installations, and performances. The shorts screen at 7pm. Then at 8pm, One Night Band begins playing. Collaborators Việt Lê and Genevieve Erin O’Brien had dreamt of an all-Asian American Queer band from the future that performs retro covers. In a spectacular one night-only event, this futuristic band teleports to 2012 to disrupt the dystopian present. Special guest stars Leslie Mah, Karen Tongson, Sheri Ozeki, Jenny San Angel and others make up this imaginary all-star One Night Band.

The exhibition itself runs from February 25 to March 14 at Sabina Lee Gallery. An artists’ statement and the four artists’ bios are featured below, as well as additional information about the gallery location and hours.

What is queer time? What is colored people’s time? And queer people of color time?
Crossing, cruising time zones and erogenous zones, this show explores transnational queer bodies through space and time. Queer time challenges standard notions of linear progress and biological time. There is no single, straight-forward model of development (pun intended) but rather a multiplicity of movements and moments. Queer temporalities collapse the binaries of time, sexuality, and progress. The past, present and future is blurred. Gendered divides are re-imagined. First and third worlds meld. 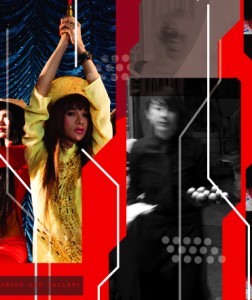 The Global South is stereotyped as “backwards” while the ―”advanced” Global North is the forward-moving engine of development. Political economist Timothy Mitchell observes that “the experience of modernity is . . . a relationship between time and space.” Shifting city skylines trace timelines of progress. The exploitation of gendered, raced labor is built upon this uneven terrain. Labor is the site of multiple oppressions. 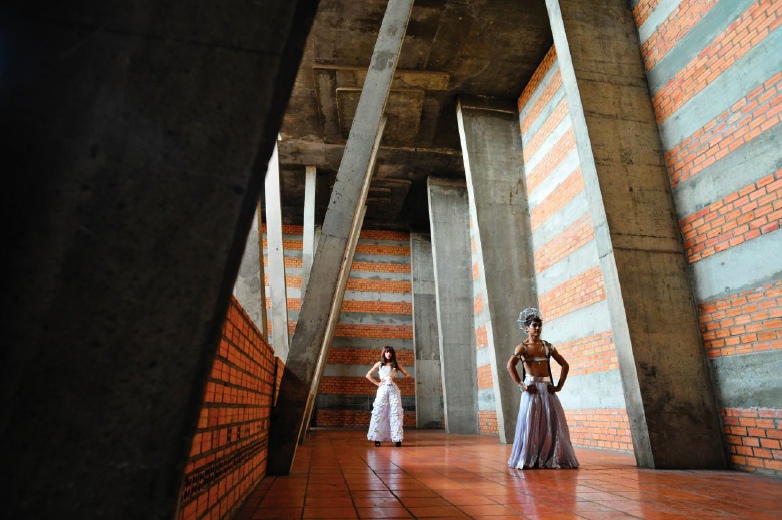 At work and play, queer time reconfigures institutional and intimate relationships. In a Queer Time and Place, gender theorist Jack Halberstam argues that “Queer uses of time and space develop in opposition to the institutions of family, heterosexuality, and reproduction.”  The past, present, and future meet through queer bodies of color and their imagined communities. “Queer subcultures develop as alternatives to kinship-based notions of community,”  Halberstam notes. Enmeshed within trans-local communities, these four artists explore time, space, race, and translation. Through queer postcolonial time, they reexamine still-present pasts and offer possibilities for dystopic/ utopic futures. 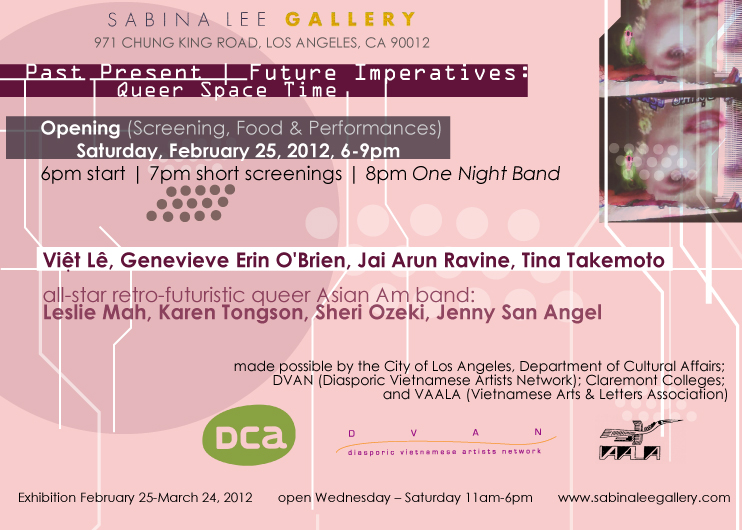 Genevieve Erin O’Brien‘s piece “GEO Work”—a series of 8-hour durational performances and video installations—investigates and explores the unseen overlooked labor of the service industry, and troubles the viewers’ relationship to labor. A Queer Vietnamese-Irish American interdisciplinary artist, community organizer, and popular educator, O’Brien received her MFA from the School of the Art Institute Chicago as well as a Fulbright fellowship (Việt Nam). Her solo performances and installations have toured nationally, including at the Museum of Contemporary Art, Chicago.

Jai Arun Ravine‘s experimental film Tom/Trans/Thai approaches the silence around female-to-male (FTM) transgender identity by addressing tom and trans-masculine identities in Thai and Thai American communities and the transnational relationships between gender and language. Ravine’s experimental karaoke music video—a mis-translated cover of the song “Faen Christy” by Dutch artist Christy Gibson— explores the term “Faen,” a non-gendered Thai word for romantic partner, purportedly derived from the hybridization of the English words “fan” and “friend.” Ravine is a mixed race Thai American writer, dancer, video and performance artist who received an MFA in Writing & Poetics from Naropa. A recipient of fellowships from ComPeung, Djerassi and Kundiman, they are the author of แล้ว and then entwine (Tinfish Press, 2011) and the chapbook Is This January (Corollary Press, 2010).

A timely commentary on American citizenship and militant xenophopia, Tina Takemoto’s musical mash-up Looking for Jiro looks to the past to find a gay Japanese dandy incarcerated during WWII. Gentleman’s Gaman evoke found-object art and craft produced in the internment camps. Takemoto is an interdisciplinary writer, theorist, and performance artist whose work explores issues of illness, gender, race, and queer identity. She has presented artwork and performances internationally and has received grants funded by Art Matters, James Irvine Foundation, San Francisco Arts Commission, Andy Warhol Foundation and the Rockefeller Foundation.

For further inquiries please call (213) 620-9404 contact via email at info@sabinaleegallery.com.

For opening night, this events page has a map and RSVP.

Please take the time to rate this post (above) and share it (below). Ratings for top posts are listed on the sidebar. Sharing (on email, Facebook, etc.) helps spread the word about diaCRITICS. And join the conversation and leave a comment! Have you seen any of these artists in action before? If you were in a band to disrupt the dystopian present, what would you sing?