Audrey Chin’s latest novel, As the Heart Bones Break, follows the life of a South Vietnamese man and his family over the last sixty  years. Khanh Ho reflects on how this ambitious novel succeeds at being a trailblazer for great literature. 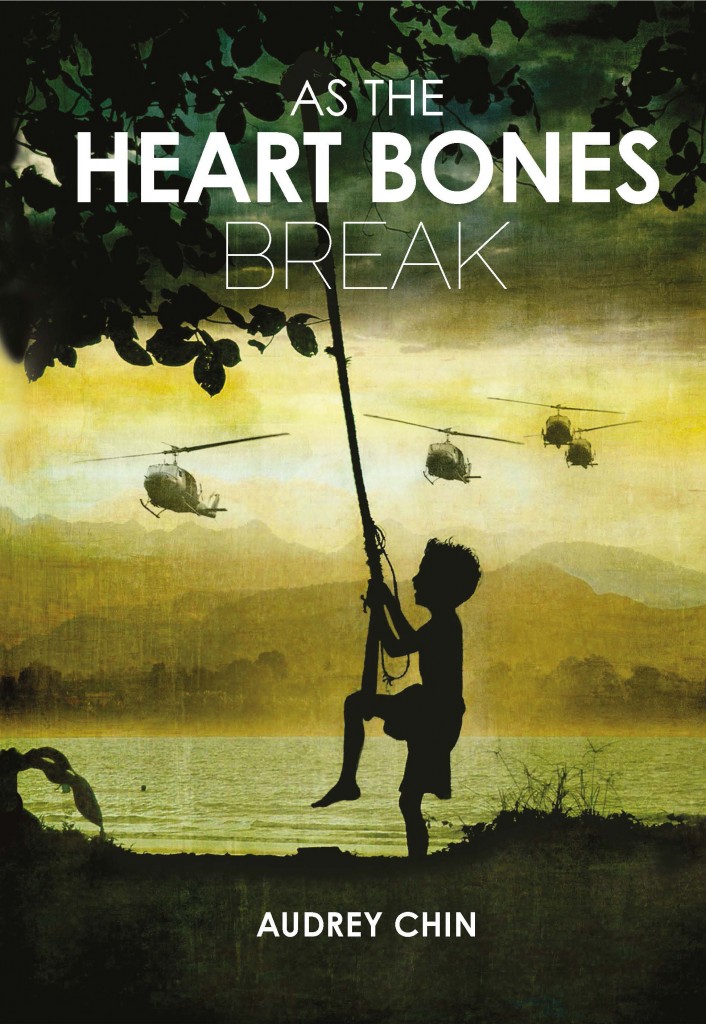 The first book is the bravest one. The second, the third, the fourth—those too are feats of brawn, of calculated risk. By “first,” I don’t mean the conventional sense: debut. The book I am about to review comes from an author who has already written quite a bit, who has sharpened her knife to the whetstone of craft.

By “first,” I mean novel, innovative, groundbreaking. Highwire acts, first books of this order—the ones that open up the doors to new areas, bridging gaps in our intellectual DNA–represent an incredible feat of derring-do because they lay the foundation for a tradition. First books are that seed in the oyster, that first crystal that forms a matrix of startling geometries, multi-faceted and sparkly.

Even the hero, who is described as charismatic but ugly, gets remade in our memories as startlingly handsome. In our idealizations of Jane Eyre, the Earl of Rochester transforms into Michael Fassbender and Plain Jane, Mia Wasikowska.

Audrey Chin’s book is definitely a trailblazer in this sense. As the Heart Bones Break follows a Vietnamese refugee as he traverses a world that Vietnamese Americans know well but have yet to write about: civil war, escape, displacement, integration into society as a refugee, trauma, memory, history. Most Vietnamese American writers have taken a piece, a chunk, and woven stories with more modest dimensions. But Chin’s book is singular because it is an ambitious book; Chin wants to capture the sweep of history—its complexities and contradictions, its ambiguities and dark shadows.

And she is absolutely aware of the risks. As a woman who herself has married a Vietnamese refugee, Audrey Chin understands that she enjoys a status both as insider and outsider. In a previous piece for Diacritics, she has written touchingly about this task—the risks involved, the fact that she is well aware that she is still an utter outsider. She has also put her finger on one of the pitfalls of over-identifying with any minority group: the arrogance behind the assumption that, even as one who has married a refugee and indeed has learned the Vietnamese language, one has some special access to the reality.

Then too, her conclusion is one that is absolutely true but oft forgotten by the people who choose to love us: you understand up to a certain point but, really, after that you are in a vast ocean on a rickety boat and you will never know how deep it is until you capsize.

On the strength of her very compelling essay, I chose to give this book a serious look-see. Why? Because of its self-consciousness, the unprecedented sensitivity it brought to the table. Audrey Chin made it clear that she understood the power dynamics behind representation. To be sure, there have been attempts before–mostly by white people–to portray the Vietnamese but few have demonstrated this kind of awareness.

Most of our lives, Vietnamese people have not been able to control our own images. Most times, non-Vietnamese who married into our special world—turbulent, ever-shifting, precarious—have had to do it for us. They get a bit cocky about actually “knowing” the world. I’m sure every Vietnamese person reading this has met someone who, precisely because they have become attached to one of our tribe, will then act as spokesperson, cultural interpreter, tour guide.

The strength and, also the weakness of Audrey Chin’s book comes from this sentiment. We can tell that the author has spent a lot of time researching the history of the Vietnam war, the causes behind it, the people, the places. Why? Because quite often she will display that knowledge. She will explain. She will over-explain in order to prove she is on firm ground. She will take care to insert points of history into exposition or dialogue.

The best parts are when the author lets go of the need to explicitly address history. Here is a nice example that I wish there was more of:

You bit into the banh. How you love the feel of the thin crispy skin in your

mouth, the nutty richness of the filling, the candied melon and sesame oil

aftertaste. Nibbling the cake alone this way reminds you of 1979—eating in

hiding so you don’t have to share, swallowing slowly to keep the flavors in

History still reemerges as the trace. The nothing. This is how, in my mind’s eye, Vietnamese people experience history—less as sweeping narrative punctuated by battles and treaties, more as incursions into the every day, savored in odd moments.

I must say that I benefited from the book in great but unexpected ways, because I saw so many things still yet to be put into print. I found myself putting the book down and seeing if I was up to the task of rewriting scenes, composing vignettes, refining portraits. Why? Because I was smitten enough by the novelty of the subject—a subject I personally never wanted to write about but also knew had to get written. The book forced me to actually get off my butt and join in Audrey Chin’s high wire act.

Gliding through the air.

Catching an idea on the upswing.

This may be a long way to finally say that I recommend that people take a gander at this book, not because it’s a heartbreaking work of staggering genius, but because it just might get you to write a book that has yet to be written, that remains an embryo—anonymous—beckoning, biding its time, demanding that it should be known. 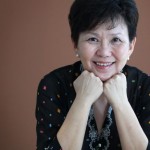 Audrey Chin is a South-East-Asian writer who has been a daughter-in-law of the Vietnamese diaspora for over thirty years. As the Heart Bones Break, her latest novel featuring the life of a South Vietnamese man and his family over the last sixty  years was launched and sold out at the 2013 Singapore Writers Festival in November.

Khanh Ho–writer, scholar, activist–spent many years teaching Creative Writing at Grinnell College, a highly selective institution of higher learning in the great state of Iowa. He is currently writing the first Vietnamese American Detective Novel. Follow him on twitter @LosAngelesMysteryWriter or visit his website at www.losangelesmystery.com

Please take the time to share this post. Sharing (on email, Facebook, etc.) helps spread the word about diaCRITICS. Join the conversation and leave a comment! Have you read this novel? If so, what do you think of it? Did you find it as compelling as this author suggests?