OUT OF THE MARGINS :: Stacey Tran (responds to Ocean Vuong)

The act of reading (especially for another writer) can become an act of responding in-kind: the special form of “dialogue” that ensues from such an exchange is one of consciousnesses and interior-awarenesses speaking – irregardless of time, place, distance, bodies – intimately to one another. This is the kind of literary interaction we’re exploring in this month’s OUT OF THE MARGINS post by Stacey Tran, whose poems were written in response to Ocean Vuong’s ‘Night Sky With Exit Wounds.’ Initially, I had asked Stacey to write a book review for Ocean Vuong’s poetry collection. But, since it turned out a book review by Eric Nguyen was already on deck for ‘Night Sky’, I invited Stacey to instead respond however creatively and personally she wished to about the book. What follows is an excerpt of her e-mail letter to me explaining her aesthetic approach, and a series of poems – in Stacey’s own unique voice and vision – in response to the poems of Ocean Vuong. One poet stepping into the current alongside another poet. It is a delight to see these young diasporic voices at play.

Thank you for inviting me to write about Ocean Vuong’s Night Sky with Exit Wounds. Right from the start, my goal with writing about Night Sky was not to present a traditional/formal book review, so what you will find here will not look like a book review. It will not do what a book review does.

I read this book several times. I held it up to the fire. I held it underwater. As long as I was focused on water, I was resisting fire, putting it out. But I found myself unable to read water without reading fire. I decided to stop resisting.

Here’s this story I read in the New Yorker awhile ago that I love:

It was Vuong’s mother, a manicurist, who gave him his name. (He was born Vinh Quoc Vuong.) On a summer day at the nail salon, she told a customer that she wanted to go to the beach. She kept saying, “I want to go to the bitch,” Vuong told me. The customer suggested that she use the word “ocean” instead. Upon learning that the ocean is not a beach but a body of water that touches many countries—including Vietnam and the United States—she renamed her son.

The ocean is a poetic cliché, and Vuong takes clichés very seriously. “They come out of a crisis in language,” he said. “They have lost their use.” In “Someday I’ll Love Ocean Vuong,” published last year in this magazine, Vuong imbues his name with new significance.

So I read the ocean with significance.

Nghiêng nước, nghiêng thành.
To tip the water is to tip the dish that holds it.

The last idiom is actually a translation I’m offering in a rather broad, axiomatic sense. Wikipedia tells me it’s an archaic idiom about human beauty – “extreme beauty to the point of driving a leader of an empire mad and potentially leading to his downfall”.

I performed a quick internet search for Vietnamese mythology based in fire and water, and found this from Wikipedia:

One day [the dragon god] Lạc Long Quân told [his wife] Âu Cơ: “I am descended from dragons, you from fairies. We are as incompatible as water is with fire. So we cannot continue in harmony.” This said, the husband and wife parted.

I was fascinated by the constant act of language switch I experienced while reading this book. I don’t claim to be a scholar on Vietnamese figurative language. I wish to learn more. I’m fascinated by it. Growing up, my mom would casually rattle off a clever phrase that I thought was beautiful, but knew there was a fragrant meaning to beyond its literalness. Vietnamese is a literal language which I appreciate. Though there is inherent rhythm in Vietnamese idioms – more specifically, an undeniable cadence of rhyming. The oral tradition of poetry is rooted in the body, in the voice, in memory. I suppose I learned poetry through learning Vietnamese and can luckily have conversations in Vietnamese. In the attempt to share my writing with my parents who arrived in North America by way of refugee ships, I am learning how to translate my work, and in that process, am engaging myself and my work through two languages.

Before sitting down to write about Night Sky with Exit Wounds, I read the reviews that showed up on the first three pages of Google. I didn’t find a reading quite like mine, which I’m excited to share with you…

in front of us
tremble

it : only the tipping of the bowl [ ever so
slightly ] to see what happens when a tilt

it made my teeth hurt
: maybe so sweet it falls

through — the fire
: an indication of how

alone tying your shoes
in an apartment you don’t love

in a country you’ve never been
to before deciding

this is home :
this is yours

this is where my children will run away

an incantation in my name
: pushing through

never overflow : only run
dry so even exit signs at night

in a parking garage confuse me
: a blinding red hot coal — not apt

at apologizing for lack of familiar references
here 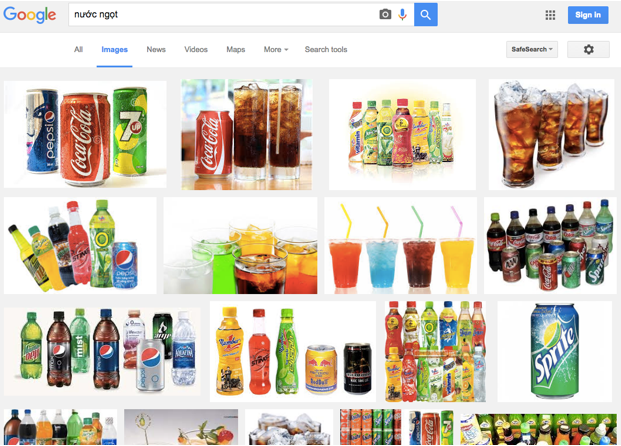 which bell would be the smallest
; most delicate to swallow

like long silk pants
worn by girls to school clean

: caught in the wheels of their bicycles —
cross the train tracks

not foreshadowing the flag wasting
upon a shadow of a wave : a held bet

a piece of gold string
sewn in the hem of you

one way to treat thirst
: swim in soil which plants the root

turn a [ way from the past that hurt
you [ nurture ] : repel

the drop of you
rain on a rose 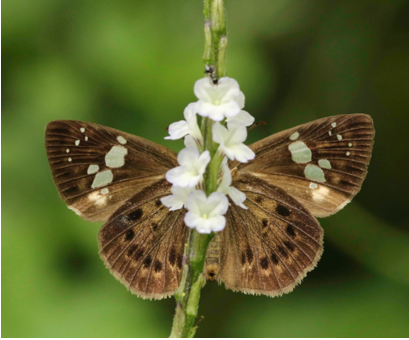 the morning I learned about sex
[ a lesson on : flying

I wouldn’t dream of it
she said [ it’s easy

like opening your mouth : gasp for air
but you’re not only ] trying to survive

in between coffee stained tits
we agree to keep going

a bird bathing outside the chapel

caught in an act of self immolation

not a gun but a glass

a pen so small in the hand of the page

whose knuckles wrap around

a sprig of thyme

broken between hooves of water

— an hour a sliver

— in caslon and jasmine tea

— I’m reading a version of my mother’s narrative

— told from a younger

— who became so obsessed

printing flowers all over our dinner plates?

— who manicured them neatly

elongated cuff
away from the red sky — the fury

— wine cooked down to an island shade of blue

a slight mist of a stick on a string

blowing the well-water its reminder of safety

not knowing who sent it
this is how we sing

the song as we cross the bridge
we held hands

flashlights of all sizes
and a bottle opener from Florida

explains why you stand outside
in the night

collecting sand
but not swimming

admiring the colors
of the wind but not touching

there is something more pink
growing outside that window

than the tongue you hold
closed and cemented

than the tongue you flap
towards heaven 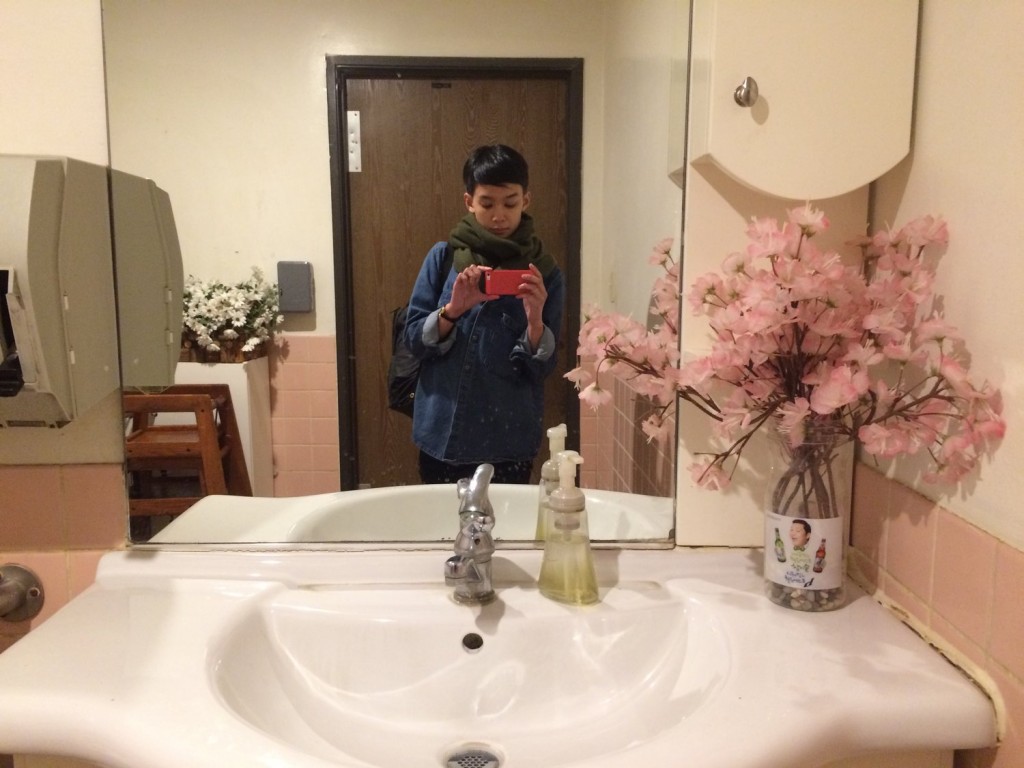 Stacey Tran was born and raised in Portland, OR. Her writing can be found in The Volta, The Fanzine, among other publications online. Wendy’s Subway will publish her first chapbook, FAKE HAIKU. She occasionally cohosts Pure Surface, a multidisciplinary performance series.

My counselor asked me if I’ve had any traumatic experiences lately. This was 12 minutes into our first meeting, after he asked me to rate my happiness, on a scale from one to ten.
Read more
Poetry

A goal of my poetry is to explore each complicated avenue of my identity as it manifests and conflicts with another avenue, to acknowledge all the problems and joys being Vietnamese-American. I can mourn for the loss of a homeland and empathize with my mother’s loss of country at the same time I can keep in mind the South Vietnamese persecution of Buddhists.
Read more
Poetry

Part poem. Part fluent. Part Viet. Part not. These visual diaries are my way of understanding the complexity of being in two separate places at the same time.
Read more