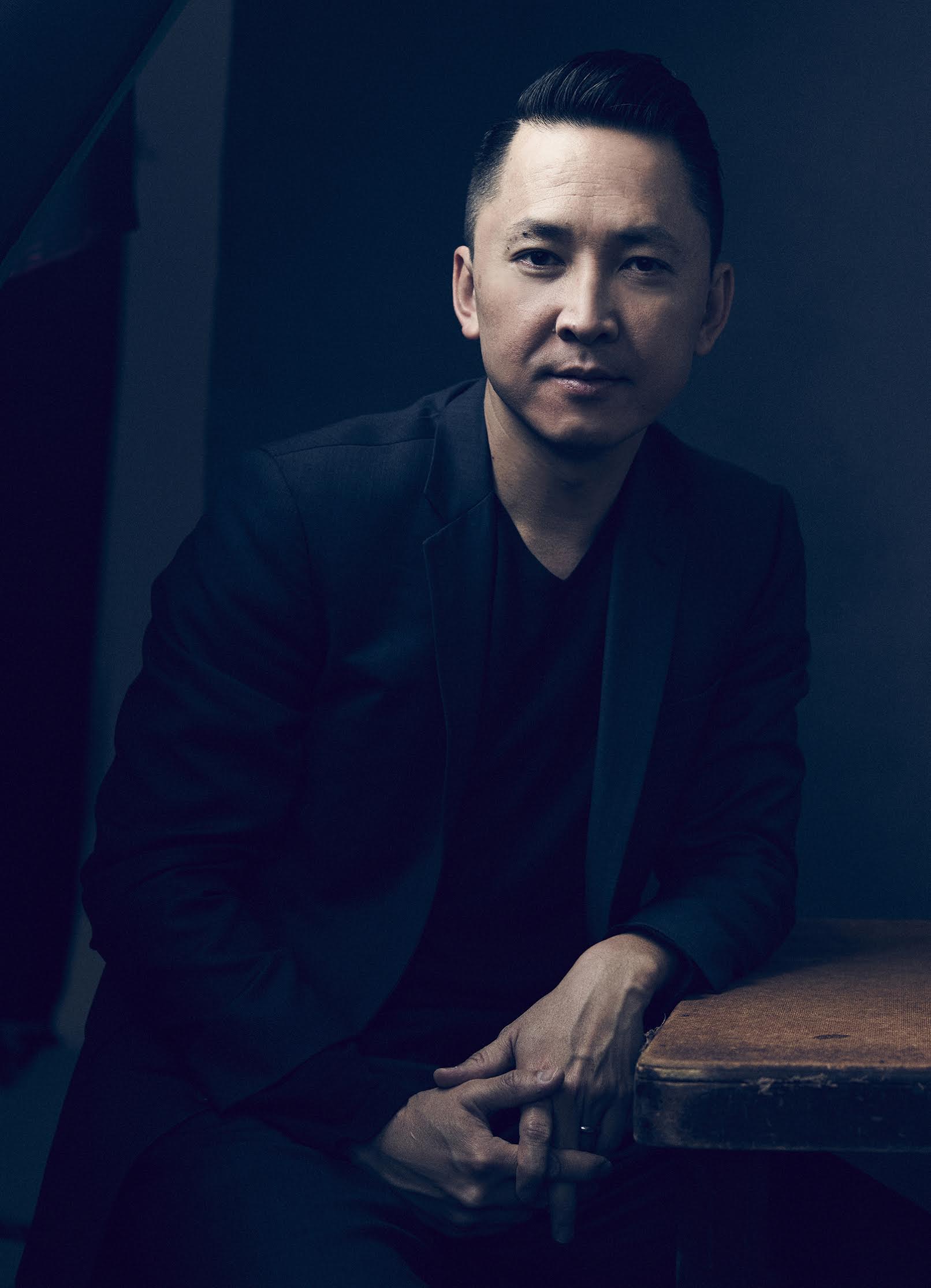 A sense of the other seeps through Viet Thanh Nguyen’s work, a place where war and memory play like discordant whispers, and defining one’s identity, especially for an immigrant or a refugee, can be as disquieting and elusive as chasing light through a prism.

A child of the Vietnam War who arrived in this country when he was 4, Nguyen is at once outsider and citizen, provocative terrain for a writer seeking to articulate and reconcile the opposing national narratives that have shaped his life. His first novel, “The Sympathizer,” which won a Pulitzer Prize  this year, is set against American involvement in Vietnam, as told by a sly protagonist of multiple perspectives: “a spy, a sleeper, a spook, a man of two faces.”

The book is gleaming and uproarious, a dark comedy of confession filled with charlatans, delusionists and shameless opportunists. It is the unabashed companion to Nguyen’s “Nothing Ever Dies,”  a sobering nonfiction meditation on war, inhumanity and remembrance that is a finalist for the National Book Awards, which will be announced Wednesday.

Such recognition has marked a busy time for Nguyen, an L.A. Times critic-at-large,  who the other day sat at his dining room table, laptop open, and typed a few thoughts, more in demand these days than before he won the Pulitzer. The sound of traffic and an occasional siren drifted through his meticulously neat Silver Lake home, which overlooks the strange, ragged allure of Sunset Boulevard. Tea was served. Donald Trump was mentioned. Or, as Nguyen noted, the man who aroused “white nativist feelings directed against immigrants and minorities.”

Trump is the fusion of populist politics and the cult of personality; a reality TV star and one-percenter who, as Nguyen sees it, is part of a virtual economy based partly on celebrity that benefits the rich but creates no jobs.

“Reality TV people don’t have any real talent except to perform this fake version of their lives. That fake version is what people want,” said Nguyen, who, while he opposes Trump’s ideals, credited the president-elect for setting forth a brash vision that upended American politics. “It’s not just Trump supporters who accept reality television and celebrity culture. It’s society as a whole. We’re all guilty of profiting from that virtual capitalism and enjoying that virtual celebrity.”

A trim man with a swoop of black hair rising like a small, shiny wave over his forehead, Nguyen and his family left Vietnam as refugees in 1975, the year the war ended. They settled in San Jose. His parents opened a grocery store where they were shot and wounded in a robbery years later. Nguyen learned English and the ways of his new home.  As he grew older, however, he felt of himself as “the other,” outcast from a native land he never really knew and estranged from the country he embraced. There were stories of relatives left behind and films like “Apocalypse Now,” which conjured the war from an unnerving American perspective.

“For me, it was never about learning to be an American. What happened actually was that other people didn’t see me as an American. That was the disturbing part,” said Nguyen, who graduated from UC Berkeley and teaches American studies, English and ethnicity at USC. “The immigrant has always been an ambivalent figure in the United States. The immigrant has always served as a source of rejuvenation for the country and a source of fear.

This led him, as a writer, to untangle the complicated relationship between Vietnam and America, each with contentious versions of a conflict that killed more than 58,000 U.S. service personnel along with an estimated 1.3 million to more than 3 million North and South Vietnamese. Duality informs much of Nguyen’s work, which extrapolates the personal to the universal to explore nationalism, history, atrocity, truth and lies, ethical pliability and how, depending on allegiances, one person’s monster is another’s liberator.

The narrator in “The Sympathizer” is a chameleon, an interloper navigating the cultures and dangerous politics of America’s intervention to stop South Vietnam’s communist revolution. He is a conniver with blood on his hands, satire in his veins and rationalization in his heart. He tells us: “I am not some misunderstood mutant from a comic book or a horror movie, although some have treated me as such. I am simply able to see any issue from both sides.”

“Nothing Ever Dies” is an account of humanity at its darkest, a realm of war, memory, identity and pain that ventures from the jungles of Vietnam to the killing fields of Cambodia. Nguyen writes that “all wars are fought twice, the first time on the battlefield, the second time in memory…. Memory is haunted, not just by ghostly others but by the horrors we have done, seen, and condoned, or by the unspeakable things from which we have profited.”

That is the case when one views the broken lives, graves, refugees and ruins of Syria and Iraq. It leads to moral questions over outside powers imposing their designs on peoples and cultures that have been turned into “the other” to advance distant national interests. For Nguyen, Vietnam was a personal example of how American policy, which these days includes a massive arms industry, hundreds of overseas military bases, drone strikes and special operations forces, creates a psychology of perpetual war.

“The Sympathizer,” like Graham Greene’s “The Quiet American,” examines American intentions, often mixed of hubris, benevolence and ineptitude, that leads the country into conflict.

“Americans do believe very strongly in their own innocence. When some leaders say we’re going overseas to establish democracy and freedom, I think they really believe that,” Nguyen said. “They may also be doing it for corporate profits, but they really believe that Americans are there for democracy and freedom. And that’s the dangerous part … that belief in your own goodness.”

Countries, after all, are as complex as characters in a good novel. And a conversation in Nguyen’s living room can skip across the geographies, sins and fallibilities of a vexing world. The rise of populism in the West, notably Britain’s vote to exit the European Union, a resurgence of nationalist parties and the election of Trump suggest a backlash by working classes against capitalism.

“What we’re seeing is a crisis in capitalism that’s always been defined by race,” said Nguyen, noting that over the centuries, Europe’s wealth was largely built on what was colonized and extracted from Asia, Africa and Latin America. “The contradiction we’re seeing now is those minorities and those colonized peoples have made their way to the countries that colonized them in the first place and have become more visible. And as that capitalism has faltered … those white people have taken out their aggravations on these minorities and formerly colonized peoples.”

Through it all, there was intergenerational healing and we cried behind and in front of the scenes. That’s the power of art: it can transform traumas into a story that allows so many others to be seen and validated.
Read more
Bài Tiếng Việt