Filmmaker Vu Pham ~ The Horizon is a Scar, My Love

Since 2010 Vu Pham has made six short films and one feature length compilation of shorts. In diaCRITICS’ project profile of Memory’s Lonely Breath (2017), I noted how the films Vu Pham makes are decidedly ‘not comfort food’, and in my first encounter with Vu’s filmmaking via his experimental short My Brother (2014), I found in common between us as artists of the Vietnamese diaspora these elements:

“The long shadows of inherited cultural trauma. The ghosts of past violence, un-remembered yet still felt. Lost/surprise siblings and scattered/absent parents. Being Vietnamese but managing somehow not to associate with many others of our kind: being outsiders…” [read more]

Vu Pham may not – in any conventional sense – consider himself a political filmmaker or a ‘representative’ of Vietnamese American identity. Nonetheless, in the undercurrents of his stories, in the ways his own experience and perspectives on displacement and belonging seep into his characters’ stories, the diasporic experience—elastic in all its variances—still permeates, mediates, laces, subtly informs, his films.

This film in still in the making.

However, Vu has shared with us some promotional stills and his project summary and artistic statement in advance of a special fundraiser and screening for the project in Portland, Oregon on Nov. 10th (at NW Documentary). You can learn more at: www.horizonscar.com 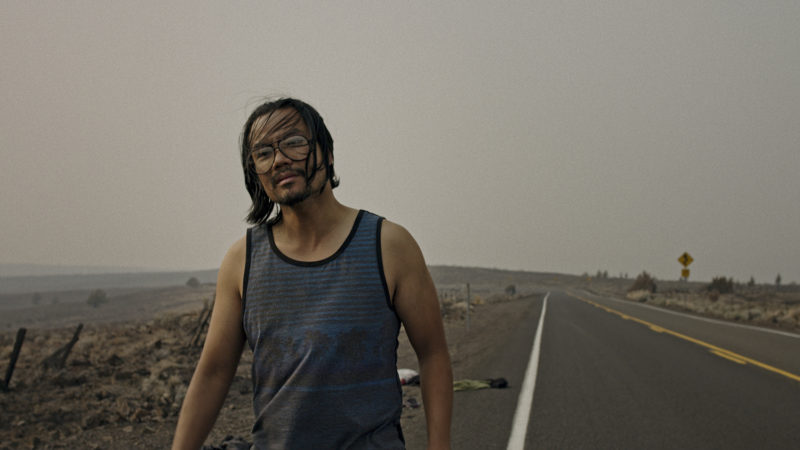 THE HORIZON IS A SCAR, MY LOVE is a sponsored project of Fractured Atlas, a non-profit arts service organization. Please visit horizonscar.com/contribute to learn more about how you can contribute and become a part of this bold new film.

The Horizon is a Scar, My Love is a feature length narrative film that follows the journey of a pair of outcast lovers who live out of their vehicle. Set adrift by disintegrating dreams and thrown into Godless freedom, they travel across the U.S., occasionally engaging in opportunistic petty crimes. At the end of a temporary catering job at a home in the Portland suburbs, they decide to burglarize it. The house belongs to the widow of a recently deceased spiritual leader who catches them in the act. What begins as an unwieldy standoff between the woman and the couple results in an unexpected invitation from her to take temporary residence in her home. The couple acquiesce and their days together sink into the wilderness of the id where mysterious visions and moral tests ferment and breach an impending reality that is locked in the legacy of the deceased husband. 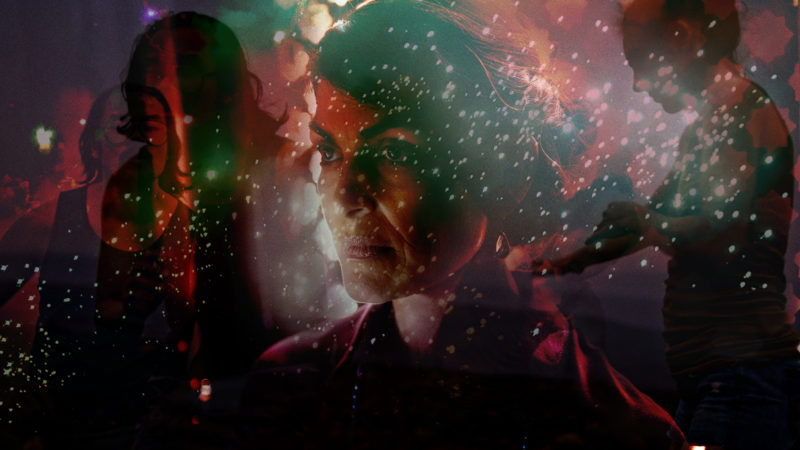 The quintessential outsider is a ubiquitous figure and their struggle to find “home” outside the dominant constructs of normality is a reoccurring theme in my work. As a Vietnamese boat-refugee, former homeless youth, and violent-trauma survivor, I have tended to swim on the other side of consciousness and am thus drawn to the wandering dispossessed. Perennial wisdom suggests that one can only truly know oneself by leaving home and residing in a foreign land. This act of leaving home is analogous to Heidegger’s existential concept of thrown-ness, an idea that we are “thrown” into an already-made world in which we have absolutely no control in what preceded us. The quintessential outsider is the perpetually “thrown” multisided figure. He or she is the refugee, the homeless, the invisible worker, the incarcerated, the mentally ill, and so on. They are outside of the dominant social tribes and thus they are outside of society where they are told home exists. Because they are seldom given access to society’s traditional circles, “home” is always the shifting ground outside of those circles.

It can be said that I am devoted to telling their stories because in doing so I am essentially telling my own. With this there comes the danger of romanticizing that every artist must both make love to and go to war against. As my work consistently demonstrates, I am not interested in beautifying something to produce an aesthetic inebriate that seduces my audience. I prefer work that is raw and real to life as marrow is to bone. The Horizon is a Scar, My Love is a work of raw truth envisaged from fever dreams, hallucinations, and memories. Rather than flying high the banners of “diversity,” it champions the voice of otherness from a lived point of view. It is sustained and whole in its position of nuance as opposed to the ostensible categories of identity.

The vehicle dwellers in this story, “Q” and “Sunday”, are the personification of thrownness and transience. They are the anti-heroes of a journey in which the path is broken and the road is endless. Far from being a cry of despair, this is a declaration of our principle existential freedom. Ultimately, are we not all transient? Are we not all thrown onto this speeding freight train of life? Must we ultimately not all reckon with being outside and other as we are born alone and will die alone? The outsider is thrust into this broad knowledge at the cost of immediate happiness. The insider is given immediate happiness at the cost of broadening the distance to that knowledge. The story of Q and Sunday is, in a sense, my story but in another sense, it is our story.

Our film is a counterpoint to the predominant media culture in several ways. First, it expands the diversity conversation to socioeconomics and social consciousness by including the less-heard voices of otherness, namely, the dispossessed drifter. Second, it renders a Vietnamese-American man as that drifter in a fully realized main character. He exists as an autonomous agent in the narrative, unfettered by the tropes of cultural-historical validation (e.g. “We need an ‘Asian’ guy because the story is about [‘Asian’ theme]). His ethnocultural identity is not made central to his being because while it is intrinsic it is merely part of a greater whole; a complex living organism whose story is more authentically told when the “current” sociopolitical talking points of his identity is not announced upon entering every room. Where these two spheres of otherness overlap is a unique narrative hybrid that pushes the boundaries of difference and redefines the Asian-American identity. 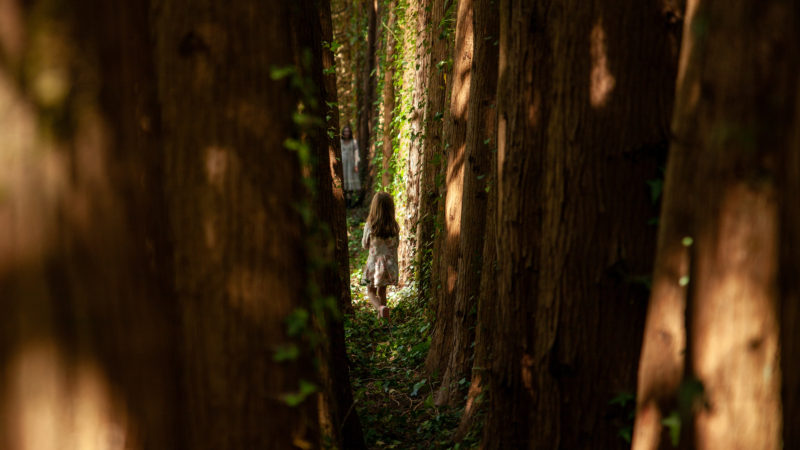 VU PHAM (Writer, Director, Lead Actor, “Q”)
Vu Pham is a Portland based writer, director, producer, and actor. He is a refugee from Vietnam whose work has been significantly influenced by personal and historical trauma, existential philosophy, and transitory life on the fringes. His films have been made possible only through the generosity and support of patrons of the arts, regional grants organizations, equipment vendors, collaborators, and friends and family. The films themselves have played in U.S. festivals including The Portland International Film Festival and Los Angeles Asian Pacific Film Festival. He was recently short-listed for the Sundance Institute’s Asian American Feature Film Fellowship.

JOE X. JIANG (Co-Director)
Joe X. Jiang is an Asian-American filmmaker and musician based in Portland, Oregon. After receiving a multimedia degree from the University of Oregon, Joe worked as a music video editor in New York, a television news Technical Director in Eugene and a documentary filmmaker in Portland. His various projects have been shown around the world at film festivals and art exhibits. As a musician, Joe is a producer, songwriter and multi-instrumentalist for the internationally touring band, “The Slants.”

JOHN BERGSTROM (Producer)
John Bergstrom is an accomplished musician, composer and sound sculptor. He is a graduate of the Eastman School of Music and is a founding member of OBLIVION ENSEMBLE, the electroacoustic art-music group hailed as “the band most likely to compose a fitting soundtrack for the end of the world.” Based in Portland, OR, his recent work includes music for the art installation Light Field Mass Field (2016) and his upcoming multimedia series These Steps Asc(end)ing; Falling, Into Her Dream.

DARCY MILLER (Co-Producer)
Darcy Miller is a writer, director, producer, and actor from Portland, Oregon. After graduating from Yale, she received her graduate degree from the London Academy of Dramatic Arts, and studied screenwriting at The New School. Among her directing and producing work are the short films 180 Degrees and Rise (Portland Film Fest), and the web series One Bird at a Time (Hollyweb Fest). She recently won the 15th Annual American Zoetrope Screenwriting Contest for the screenplay, Caroline’s Wedding (co-writer). Her company, See in the Dark Productions, uses the medium of narrative film to shed light on those things that are easy to miss in a busy world. She is a co-founder of Fast Turtle Productions, which works to increase the role of women behind the camera in film production.

DAVID BRECHA (Associate Producer)
David Brecha’s first exposure to film making was on his living room wall. As a youngster, his father brought home 16mm Hitchcock movies, which were displayed and dissected, forever ruining his ability to enjoy a film like a normal person. As an adult, after several years of personal chaos, an old friend needed a place to shoot his short film, and this re-invigoration of his love for the art eventually evolved into producing a feature, All Too Human, a dark comedy based in Nietzsche’s philosophy; Spunk of the Reaper, a horror/grindhouse mashup, as well as a futuristic sci-fi dark comedy currently in post-production.

Through it all, there was intergenerational healing and we cried behind and in front of the scenes. That’s the power of art: it can transform traumas into a story that allows so many others to be seen and validated.
Read more
Art