“Blind Man” is based on Mimi’s recurring dreams of symbols and the family tragedies she learns from her mother.  Some events in the poem allude to her ancestors’ participation in the August Revolution and the First Indochina War.

The blind man knows the direction of destiny
Crushing gravel along the way, the only way
He walks on all fours among man and beast
West of the moon, East of the sun
He hands out instructions and designs a perfect map
For those wounded in the belly;
for those lost between silence
Dreams hang on a wheelbarrow,
half-buried against solitude
No one wants a sentence on life
Someone harbors hope and remembers rain.

The blind man draws circles and traces charms
Bloodline cursed over three generations:
A mother burns her baby with fire and water
To prove the newborn is not his father’s future assassin
One brother drags a corpse in a suitcase for Revolution
The other flees into exile and carries the jungle inside.

A groom abandons his bride
A jealous mistress poisons her rival
An old man refuses to bury his daughter
Fortnight and the mourning still on his hands—
He was surprised when a woman shot him.

Emotion has a motion trapped in mid-air
Knowledge is found and fixed in trajectory
If you believe in the blind man’s words
For elixir and enlightenment
There are certain herbs that harm and heal;
That could win and destroy love all at once
It’s a matter of denial or consumption
And if you can look at someone deeply in the eye
The grass meets the sky when you trust with your life
Someone wails in the night and trawls through desire. 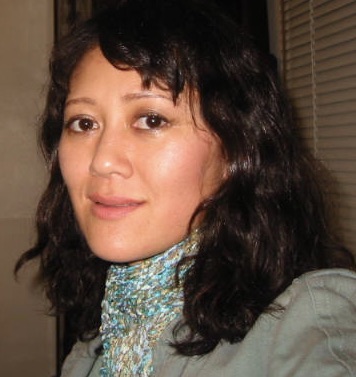 Based in Los Angeles, Mimi Nguyen writes poetry and songs when inspiration strikes. Mimi began writing to deal with personal traumas, and the art form serves as a healing modality. Inspired by her relationships, dream symbolism and archetypes, Mimi achieves a blend of heightened realism and surreal imagery that expresses emotions and conflicts. Mimi also applies these inspirations to her writing in the film and television industry.