I was refreshed and inspired when I made two new friends on a recent visit to Ha Noi. Thảo wrote and published a fantasy historical novel, ĐIỆU NHẠC TRẦN GIAN (Dragons of the Mysterious Southern Land) when she was still a teenager in 2004. She’s now an accomplished nationally recognized writer using the pen name Hà Thủy Nguyên. Together with her husband Lê Duy Nam and several friends and colleagues, Hà Thủy Nguyên founded Book Hunter, a loose association of concerned writers and intellectuals who use Facebook and other social media to push for cultural change and freedom in Vietnam.

According to Hà Thủy Nguyên, she never intended to become an activist. She’s a writer who believes that fiction should be thoroughly researched and based on factual research. In those inevitable moments when the facts don’t add up, the writer has a chance to explore the situation and propose new thoughts and perspectives for the reader to consider. The freedom she and her colleagues envision would allow writers more opportunities to research the facts of history and simultaneously would develop an observant and appreciative audience.  This type of freedom is not easily instituted; among other things, it requires a rigorous public school system that teaches young children and adults to be careful and dedicated readers.

Hà Thủy Nguyên turned to activism after the government censored her work. As a TV screen writer, she wrote a show called “Vòng Nguyệt Quế,” which aired on the nation’s prime channel VTV1 at peak hour in 2008. After the show aired, her second novel, Cầm Thư quán, another work of historical fiction, was banned and withdrawn by the government. It was re-issued in 2018 by Book Hunter. Hà Thủy Nguyên hypothesizes that her humanistic portrayals of kings and other important historical figures are considered too “realistic,” in contrast to their treatment as flawless deities. According to Hà Thủy Nguyên and Lê Duy Nam, every regime in Vietnamese history has burned the traces of the prior regime, so it is nearly impossible to verify what actually happened in the past. Here and there, I was told, the only documents that remain from Vietnam’s ancient history have been stashed away by traveling monks. That gap creates an opening for government-sponsored narratives of history that are invested in serving a political purpose.

Interview with Hà Thủy Nguyên with The 88 Project.

In the global era of Trump and fake news, it’s easy to see why emphasizing realism in almost any authoritarian or gerontocratic society could be a threat. In the United States, it’s easy to pinpoint mainstream narratives of history that are less about revealing the truth than about serving a political purpose. Just think about assimilation and the American Dream (purpose: to distract attention from histories of displacement, land theft, genocide, and the enslavement of Africans). Or the model minority myth (purpose: to pit Asian Americans against brown and black people and divide the laboring classes). Even the heart-wrenching stories of Southeast Asian war refugees are often collapsed into a didactic tall tale about white saviorism and Asian gratitude, removing from consideration the histories of U.S. racism, militarism, or colonialism abroad.

Probably the most fascinating aspect of meeting with Lê Duy Nam and Hà Thủy Nguyên is their obvious love of history and literature. We did not spend one second discussing engineering, math, accounting, marketing, the natural sciences, or international diplomacy—the usual topics that absorb many of my relatives and friends in Asia. On top of that, Lê Duy Nam and Hà Thủy Nguyên have taken a clear stance on the public-school system: they homeschool their teenage daughter. And even though Nam is technically a college dropout–after he enrolled in Hanoi University of Science and Technology he realized he could learn better on his own–Nam made clear to me that he isn’t “against” school as a social institution. He feels that each individual should make their own decision about how to learn. I was surprised to meet a person in Vietnam with views I associate with libertarianism.

What surprises me the most are the choice of English language books that Book Hunter has translated fully into Vietnamese, including most recently Edward Glaeser’s Triumph of the City and selected works by Oscar Wilde (his novel The Picture of Dorian Gray and his essay on the “The Soul of Man Under Socialism”). Obviously, an author’s message is the first consideration. Next, Nam explained to me, is that Book Hunter manages to obtain permission to translate, design and print books all by themselves. Book Hunter’s translations are beautifully designed, and the handsome paperbacks are now available to a relatively small audience, and the print run for each book is only 300-500 copies. Advertising and sales take place via the internet, which as far as I could see was not censored in Vietnam. The books are not cheap. Relatively higher prices are part of Book Hunter’s strategy to reward writers for their work, and to change the public mindset about the value and quality of the books they read.

A 2011 New York Times book review by Diana Silver appreciates Glaeser’s “nimble mind” and his refreshing enthusiasm for urban growth. According to Silver, Glaeser’s book argues that cities enable the best aspects of modern human society to emerge—the denser the population, the more face-to-face interaction, and the more imaginative collaboration is possible. Meanwhile, the author rails against suburban sprawl and suburban living. As an urban sociologist myself—and someone who enjoys the buzz of crowded spaces like Ha Noi’s Old Quarter—I can see why Lê Duy Nam and Hà Thủy Nguyên would like this book.

As for the appeal of Oscar Wilde in contemporary Vietnam, I couldn’t stop myself from noticing a huge coincidence: my father, a retired university professor born and raised in the Philippines, wrote his dissertation on Oscar Wilde. His first book, The Art of Oscar Wilde, was published in 1965. Like Nam, my father values intellectual freedom and has devoted his life to a humanistic study of literature and society. When I emailed my father about Book Hunter, he wrote back: “Wilde in Vietnam? What a mind-blowing headline!”

It turns out that Wilde was an upper-class Irishman who appreciated French literature and rebelled against British imperialism. Victorian values judged him a criminal and turned his homosexuality into an alibi for their repressive actions. According to my father, “[w]herever people are critical of established society, Wilde will provide them irony, humor, wit, and daring to challenge the Establishment and religious orthodoxy.” This perspective on Wilde helps me put Book Hunter and their cultural activism into context.

I sympathize with Book Hunter and with the cause of cultural and artistic freedom that Hà Thủy Nguyên and Lê Duy Nam uphold. It seems that enhanced liberties in Vietnam should ultimately mesh well with current government policies for economic integration. After all, if a nation is open to business with other societies, it follows that everyone will also be exposed to different ways of thinking about the humanities, art, and literature. Of course, that is all easier said than done, and as a friendly foreigner associated with the U.S. antiwar movement, I have not been invited to give my opinions about intellectual or cultural freedoms in Vietnam. Honestly, before I met Hà Thủy Nguyên and Lê Duy Nam, I did not even know what questions to ask. That tells you how much I learned from them. 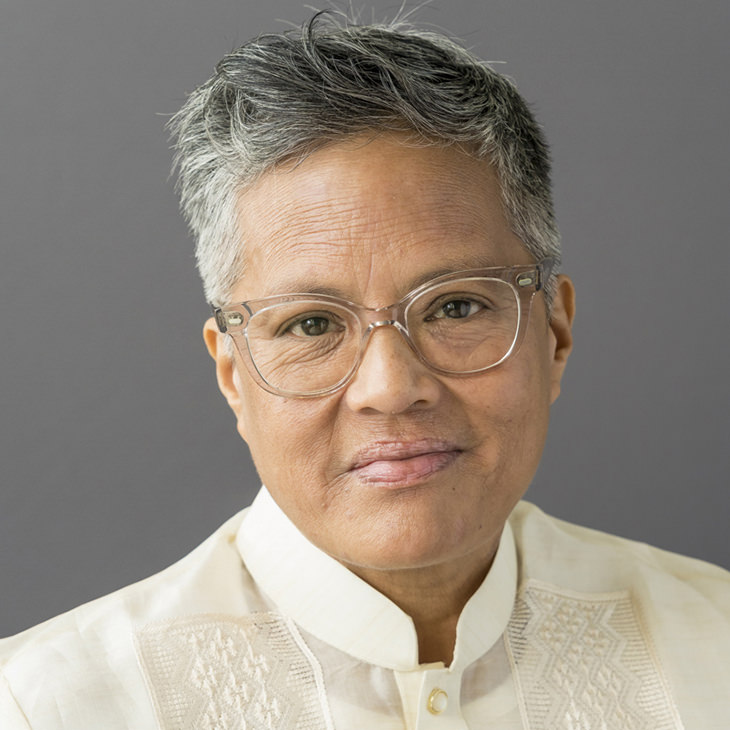 Although those who died at sea were not our blood relatives, we still consider them our ancestors, as the journey of the Thuyền Nam is so intimately linked to who we are. For these lost ancestors, we wanted to create a space that was warm, inviting, and beautiful. We wanted to create a space that would make them feel special.
Read more
Bài Tiếng Việt

I am making a space for reflection with my communities, a space for my family who have been left out of the conversation for way too long, and a space for allies who are willing to burn down capitalism and fight for racial justice equity.
Read more