I love where I come from. I have a deep appreciation for the Vietnamese culture I was raised in at home, the Czech culture outside of my home, and the British and American cultures that shaped me in school. Looking back now I see it as a privilege to have gotten to experience multiculturalism at an early age. I was born and raised in Prague, have lived in Ho Chi Minh City, Switzerland, Los Angeles, and now in London.

Recently, my Czech neighbors sent me a tabloid piece featuring me and my acting work. Besides the fact that it was odd to see me within the pages of a tabloid since it’s meant to be shocking and sensational, I had a flash of sensory memory. For a brief moment I was brought back to that familiar feeling of being different. I used to feel that all the time when I was still living in Czech. The article is about my acting work but mainly highlights my ethnicity. The editor was kind enough to call me beautiful, despite writing a misleading headline suggesting I could be dating my co-star (It says he “got a beautiful Vietnamese girl“). And I am flattered that after years of being away from the acting world in Czech I haven’t been forgotten. It compares me to another Vietnamese actress and background about the Vietnamese minority group as a whole. At the bottom right they added a photo of a Vietnamese boy from some other TV show, titled “Little Vietnamese boy in Šumava” (a Czech Region). The rest of the information is recycled from years back. It felt like a mish-mash of all the Vietnamese people the tabloid could find in the Czech Republic.

The tabloid article rubbed me the wrong way. It didn’t seem right that the article was so focused specifically on my ethnicity. I grew up wanting to run away from my physical identity and only wanting to be seen through the lenses of my character, my points of view, and my accomplishments. Why should being born to certain kind of people be at the forefront of everything I do? How Vietnamese is someone born and raised in Czech? Am I more Vietnamese than I am Czech? While the US has its own racial challenges, if someone’s born in the US at the very least they are considered American.

Having lived in Los Angeles for six years, I have felt a bigger sense of belonging here than I ever have in my own birth country. I never liked just being called Vietnamese. Not that I would be ashamed of it, but because it wouldn’t tell the whole story of who I am. Once I am called Vietnamese, strong assumptions follow. People like to tell me where they’ve traveled to in Vietnam – as if I knew the country well. They tell me about other Vietnamese people they know who also happen to be Nguyen (mind you, my last name is actually Nguyenova), and they tell me about the food. I know pho and spring rolls, but in no way am I a good representation of the Vietnamese culture or the people. I am proud of my Vietnamese heritage, but I am also proud of my Czech passport, and the choices I made once I had the ability to make my own choices – like moving to the US and the UK. I am Czech Vietnamese born and raised in the Czech Republic, but spending all of my twenties (and probably the rest of my life) living overseas. That is how I like to see myself.

Moments like reading this piece reminded me of how much I want to escape environments where I feel judged on my appearance alone and escape the narrative that I didn’t choose for myself. That is not to say these environments are about geographical borders. I feel safe and like myself when I am with my Czech neighbors. They embraced my family and I for the content of our character, not our ethnicity. I also feel empowered at work, because I know I couldn’t be there if it wasn’t for my business knowledge and expertise. In general, I feel best when I am with people who care about what I have to say and who never ask me cultural stereotypical questions. 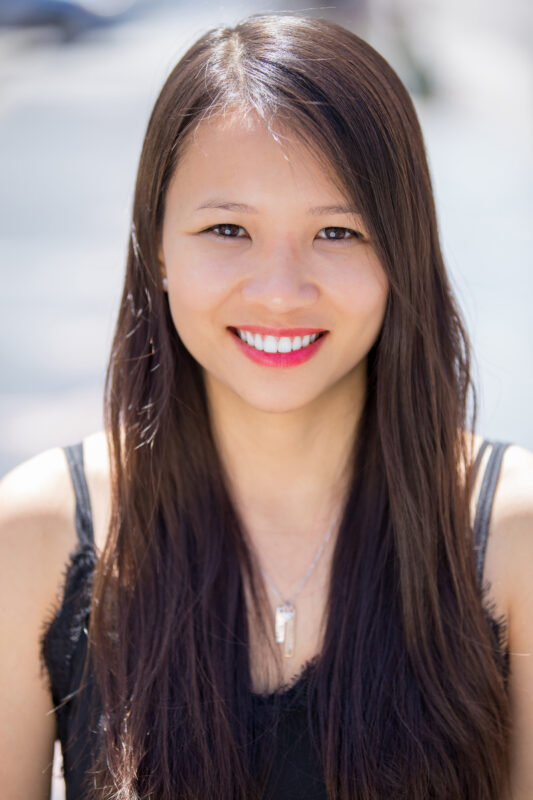 Anna Nguyenova is in between acting and startups. As an actress, she has filmed over 100 episodes for Czech television. As an entrepreneur, she has built two startups – once as a founder of Comic Con in Vietnam and once as an early employee of an LA video company. Her expertise is in scaling and operations in media, production and ads startups. She studied Method Acting at the Lee Strasberg Institute in Hollywood and holds a B.S. in Business Administration from the University of Southern California, Los Angeles. annatn.com

His films are not just an artistic statement but also his diary, a place where he can tell his struggles in life, through fear and love, from his own feelings and emotions.
Read more
Essays

I hurriedly wrote an Op-ed for the newspaper I work for. “Please, Mr. Zemmour, leave our first names alone.” By this “us” I meant all people who happen, like me, to have first names which point to their (non-French) origins. I even alluded to the fact that I had proudly given my daughters, who are Eurasian, Vietnamese first names. I was insulted on Twitter and on Facebook.
Read more