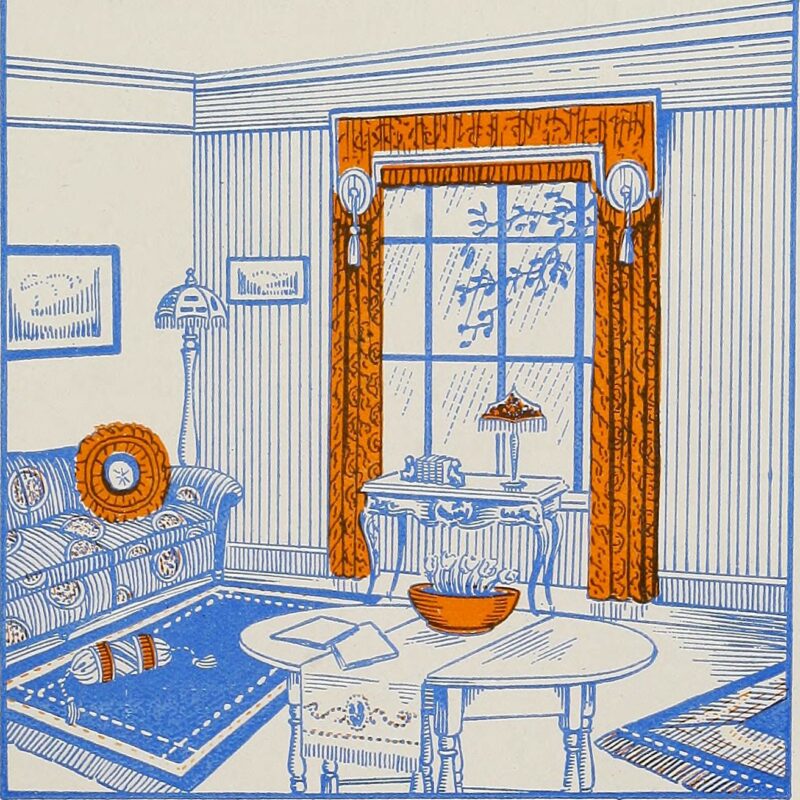 My counselor asked me if I’ve had any traumatic experiences lately. This was 12 minutes into our first meeting, after he asked me to rate my happiness, on a scale from one to ten. He looked at me, occasionally, up from his clipboard where he kept a record of my answers, followed by a contemplative /mmm-hmm/ and a bobbing of the head. I saw myself in the reflection of his glasses and wasn’t sure what I was looking for.

I wanted to tell him that every day was traumatic – that my existence was traumatic, but that’s cliché, and found in every other spoken word poem, so I opted out with /yeah I guess I have some daddy issues/ instead.

Except /daddy/ reminded me of the guy I dated last month, who insisted that he’d swipe his Amex at every dinner.

I was kinda disappointed when our second date ended up in his two-bedroom apartment that he shared with three other people, instead of a hotel. But I guess hotels are for married men who are having affairs, paying in all cash so it wouldn’t show up on their bank statement shared with said wife. Of course, I wouldn’t want my first time with him to be at a hotel because what would the concierge think of me, luring a married man paying with an Amex, not even caring if his poor wife saw the bank statement or not.

First times are a social construct anyways and if each one was special, that’d make three and a half for me. Or at least that’s what the white girl at feminist camp would say over her kale salad and vegan, gluten free, non-gmo, probiotic smoothie.

I noticed that he only suggested going to Japanese restaurants, even when I told him I preferred falafel.

His fingers, awkwardly separating into my own, led me into yet another Japanese restaurant. /I know how much you love sushi/ his eyes squinting at me as if to match my own. I haven’t been able to eat raw fish since the last time I stuffed my face full, in ‘03, when my parents didn’t stop me from getting refill after refill at the all-you-can-eat buffet, telling themselves that at least I’d be able to get everyone’s money worth. But they stopped taking me after I had the habit of tasting everything again after going home.

/daddy/ didn’t remind me of him because he asked me to yell out /daddy/ every time we fucked. Rather, he didn’t speak to me at all, like we were at some kind of ceremony where everyone was uncomfortably silent except for the coughs that escaped a tickling throat every now and then. He looked at me as if I were the award given at said ceremony, held me as if I were made out of glass – tight enough so that his sweaty palms wouldn’t let me slip through as he crossed the stage, prize proudly tied to his name, but not tight enough to leave a crack in me, to harm my delicateness. But that’s cliché.

He reminded me of /daddy/ cuz they have the same mole, wedged between neck fat folded on top of each other.

I noticed it after we fucked for the fifth time, not that I’d been keeping count. He sat up, on the corner of the bed, back facing me, teasing a flame out of his too old lighter. I’m sure he smoked cigarettes after sex just cuz he saw it in a movie once and thought it was cool.

/Do you feel like you need to be here?/

I hated the decorations in the counselor’s office. Bamboo tied together, leaning in the corner of the room. A metronome that ticked back and forth. The sounds of a water dripping, faintly coming from the speakers on his shelf.

What do they search online when buying furniture? Psychiatrist chairs? The chairs in his office were so typical for counseling. Placed at a slight angle. Not fully facing each other cuz that’s too confrontational. But not quite side by side cuz we aren’t friends and how would we know what the power dynamics were if we were friends sitting side by side. Too typical.

The running water made me have to pee.

I saw some Asian queers, waiting for their bus across the street, punch each other when they saw us, hand in hand. I knew they were queer cuz of their septum piercings and affinity for denim. I later learnt that they were playing punch buggy, ‘cept they’d ball their hands into fist every time they saw an Asian girl with a white dude. I guess it makes sense, their German equivalent to a Volkswagen. It’s pretty much all the same.

Not looking both ways, they crossed the street.
/Is this what you want?/

It’s as if I were punching punching these Asian queers myself, as if my existence was traumatic for them, as if I were an act of violence on them. But that’s cliché? Too self-detrimental? Or too self-important?

You’re right, I told them, letting go of the sweaty palm pressing against my own.

My counselor asked me if I had any body image issues. His eyes fixated on my belly, folded over on itself. Or was it fixated on the bullet-point instruction list that instructed him to ask this question?

I didn’t really want to talk about my body, just wanted my body to be consumed by others because maybe it wouldn’t become mine anymore and maybe there’d be less of it.

The last app I downloaded was Tinder, which, I guess was typical for a girl my age. I also guess the messages I got from the boys with featured photos of them backpacking across Southeast Asia were typical for a girl my age. But I guess it has nothing to do with my age. And they became too cliché, really, so I began to change my settings to /women only/ in search for a girl who looked like me to see what she’d say. But the girls on Tinder never really messaged first and I got tired of having to switch my settings back to /women only/ every time I deleted the app when I found someone too much like myself only to reinstall it every time I wanted to find myself, or at least someone to consume me so there’d be less of myself, and every time I’d have to switch my settings back to /women only/ I’d get angrier and angrier, why did this app have the authority to take away my queerness, to allow these white men to send me too typical of messages, it was like an act of violence to me.

/And that’s how I came into my queerness/.

But my counselor didn’t really ask, was just still nodding to whatever statement I made last.

But I just looked at him, not really understanding the question? Or was it the right answer to the question?
/I mean, do you think you need to be here?/

Reflecting isn’t healing, she said. What do I need healing from? Am I broken? Can you fix me? But I must have drifted off to sleep before asking her.

My mom tells me not to sleep too much, or else I’ll get fat.

Prozac made me sleep twice as much, made me dream fat.

Sometimes I dreamt myself driving into a field of wheat in the middle of nowhere. A cow, ramming itself into the passenger. It lets go of everything there. Decomposing what was once alive. We all end up like this someday. Unbearable. The heat. Smell. Weight. I look up and in my visor is a box cutter. I’ll slit my throat. End it here. This is how I wanted it to be. But as I reach up, it gets darker. My movements slower.
I want it but it’s too far.

I stopped after reaching 40mg cuz the dreams felt too real and when I woke up in the middle of one, I’d force myself back into the dream cuz sometimes it just felt too good dreaming.

I ended up not telling him about /daddy/ but cried when I told him that I missed my friends, the same ones that I see every day, still see every day. Eyes shifting from the snot trickling out of my left nostril, down to his clipboard, his pen moved in contemplation. /aha/. As if I were some fucking math problem, solved.
Racist.

After our thirty-minute session, my counselor told me that I may have mild depression. I told him that his bamboo was dying and excused myself to pee. 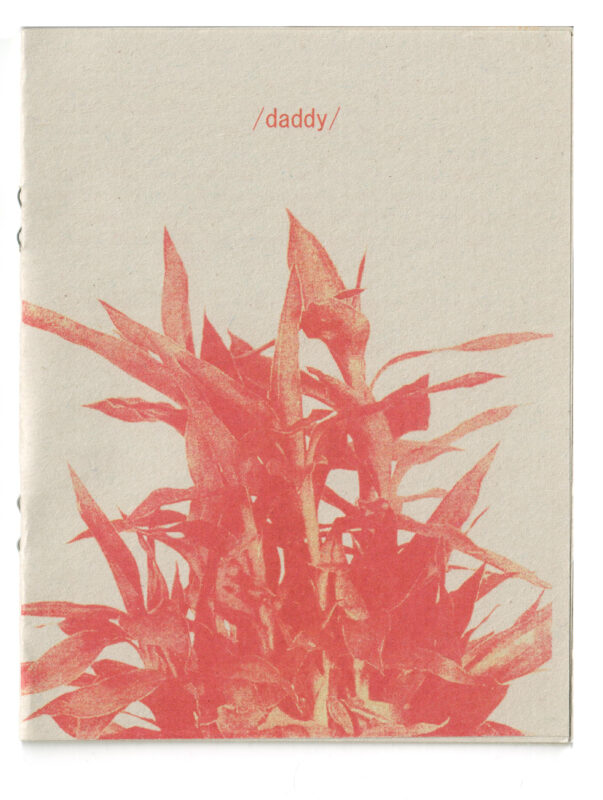 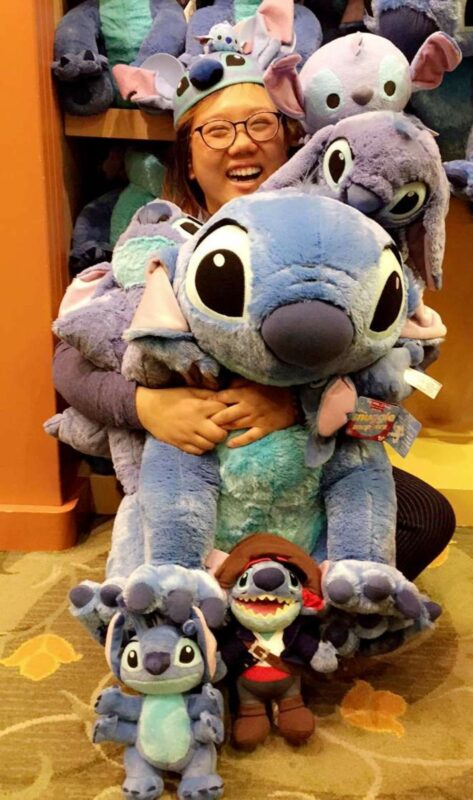 Melanie Ho [filmmaker | writer] aims to center the stories of those who are often on the margins. You can catch her most nights thinking about fish sauce and her nonexistent love life. meldangho.wixsite.com/meldangho

Out of the Margins

The Gutter Spread Guide to Prayer rejects the narrative of healing after the death of a loved one, of getting over grief. Instead, one learns how to “hold the grief//like an attic of heirlooms” or set it down “like a parent does an infant.”
Read more
Out of the Margins

Thinking of home, / I wonder where it lies. / Among mirror strangers or / foreign friends.
Read more